Sinha said everyone from street vendors, labourers and farmers were suffering under the present regime 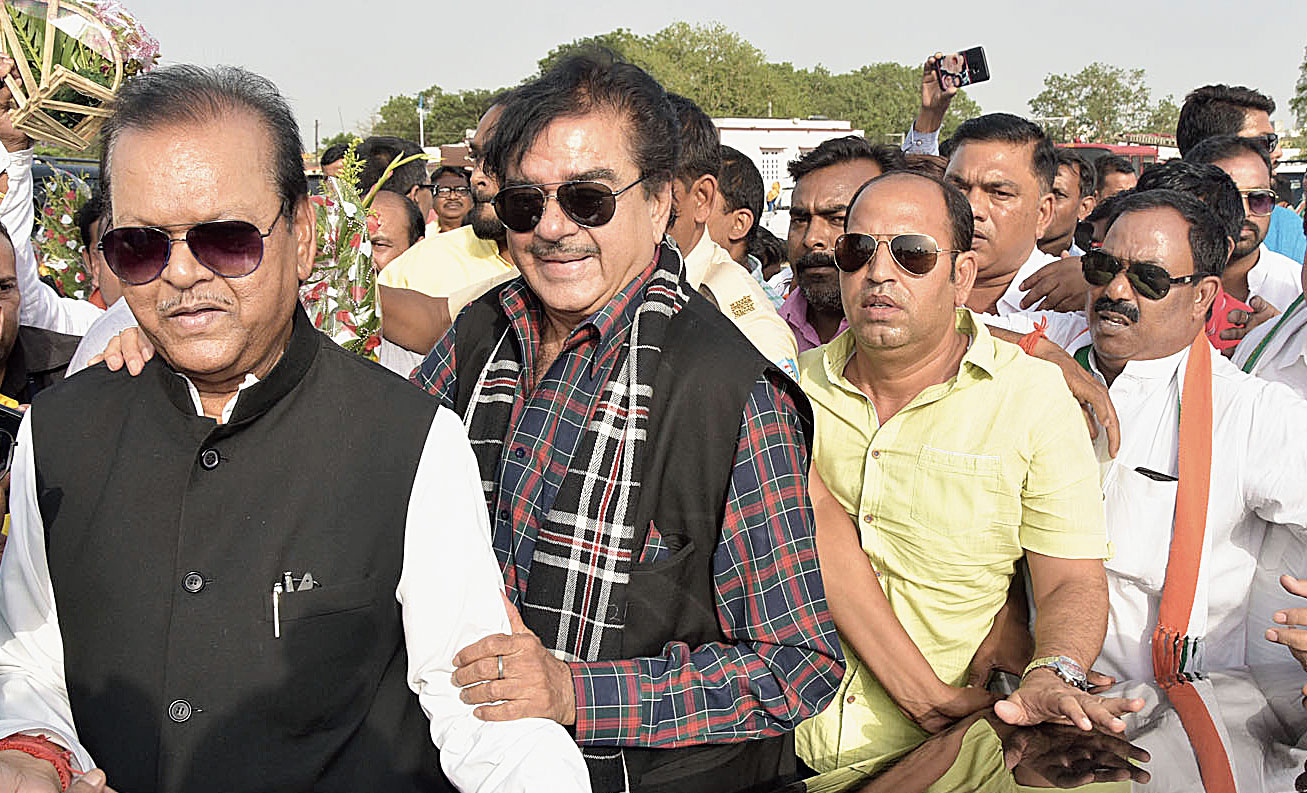 Actor-turned-politician Shatrughan Sinha, who shifted his allegiance from the BJP to the Congress, on Thursday while campaigning here for Congress Lok Sabha candidate Kirti Azad, attacked the Narendra Modi government for demonetisation and said if speaking the truth made him a rebel, so be it.

He spoke about ordinary women who stashed small amounts of cash under pillows and inside almirahs for family emergencies and the difficulties they faced when such notes were banned overnight. “Before people could come out of demonetisation troubles, the government imposed GST,” Sinha thundered. “Aur jab maine iska virodh kiya to mujhe baghee kahne lage. Agar sach bolna bagawat hai to main baghee hoon (When I opposed this, I was called a rebel. If speaking the truth is rebellion, I am a rebel),” Sinha said about his time in the BJP when he disagreed with party policies.

Former Union minister of the UPA and Congress candidate from Ranchi Subodh Kant Sahay, whose election fate lies sealed in EVMs, was also in Dhanbad on Thursday.

Talking to the media in the presence of Kisan Khet Mazdoor Congress chairman Nanabhau Patole, Sahay said: “The Modi government has taken India to the pre-nationalisation stage. Modi’s cabinet has already decided to sell coal mines to private players. If capitalists take over mines, you can imagine what will happen to the welfare of coal workers.”

Sahay added that mining through outsourced private companies had already led to a situation where coal workers were forced to work for long hours in risky situations at less than Rs 9,000 per month.