Officials say mercury would soar in Giridih and Palamau region 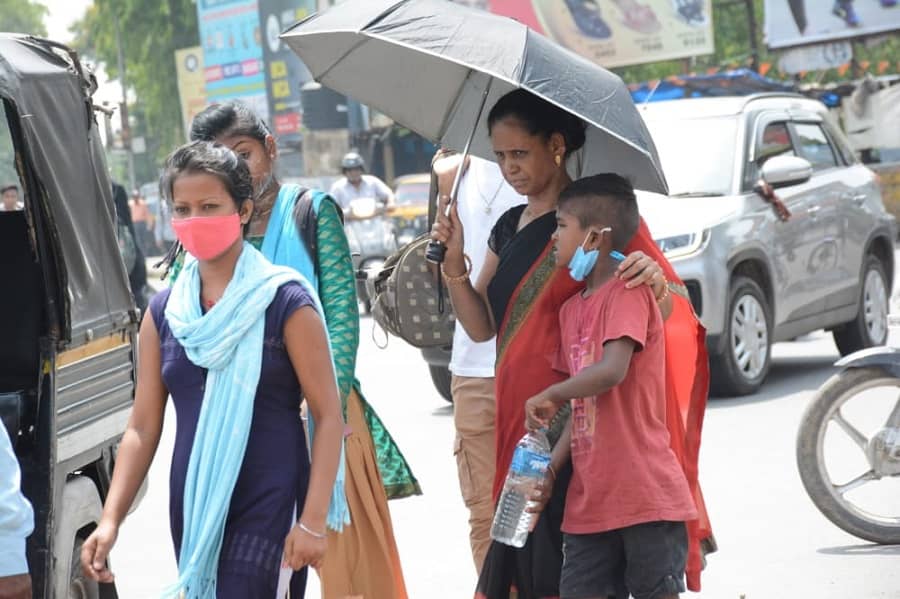 IMD's Ranchi Meteorological Centre on Sunday issued an alert of severe  heat wave in Jharkhand which is expected to prevail for next 72- hours or so.

According to a bulletin issued by IMD this afternoon, severe heat wave condition would prevail in isolated pockets especially in north- eastern and north- western Jharkhand.

In fact heat wave condition prevailed over  some parts of north-western Jharkhand on Saturday.

Weathermen said severe heat wave would prevail in Giridih and Palamau region where the day's reading would cross six notches above normal.

Giridih and its adjoining areas on Sunday recorded around 43 degree Celsius while Daltonganj, the Palamau headquarters recorded maximum reading of around 46 degree Celsius.

According to forecast severe heat wave is also expected to prevail in Chatra, Garhwa and Latehar in the next 48 hours.

Head of Ranchi Met Centre, Abhishek Anand said, "Most places across the state would experience dry weather with gradual rise in temperature by another two to three degree Celsius . Some places might witness light rain and thunderstorm activity due to the impact of a north-south trough running from Bihar to south Tamil Nadu across north Chhattisgarh, Vidarbha, Telangana and interior Karnataka at 1.5 km above tge mean sea level."

The maximum temperature in Ranchi and its adjoining areas was hovering between 38-39 degree Celsius on Sunday while the day's reading touched over 40 degree Celsius at  Jamshedpur, Bokaro, Dhanbad, Godda and several other districts.

It said the heat wave could lead to moderate health concern for vulnerable people like  infants, elderly and people with chronic diseases. Weathermen also said that wind chart  today's analysis suggested light rain and thunderstorm activity in isolated pockets of the state after 48 hours.