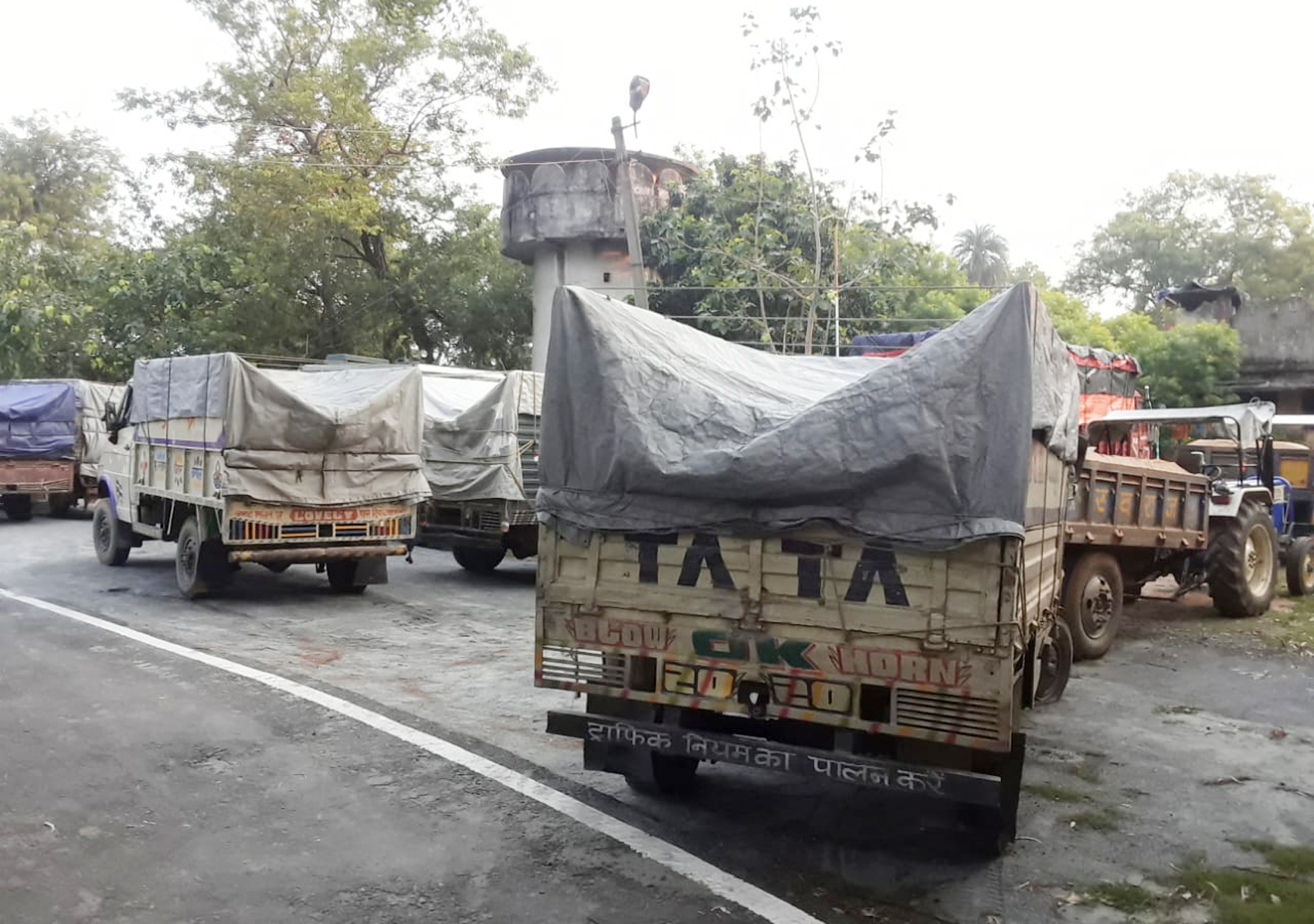 Seized trucks and tractors loaded with sand are parked at Tundi police station in Dhanbad after Thursday’s raid
Gautam Dey
Our Correspondent   |   Dhanbad   |   Published 04.06.20, 11:42 AM

Tightening the noose around rampant illegal sand mining on riverbanks, a district mining department team in association with Dhanbad police on Thursday conducted a raid on the banks of river Barakar in Logharia, Tundi, about 25 km from the district headquarters, arresting seven persons and seizing 12 trucks and lorries engaged in transporting sand consignment.

FIRs have been lodged against 24 of a syndicate engaged in illegal mining, who were booked under several IPC sections, including 414 (assistance in concealment of stolen property), sections 4/54 and 9/13 of the Jharkhand Minor Mineral Concession Rules, 2004, and section 4/21 of Mines and Minerals Act, 1957.

The joint team led by district mining officer Ajit Kumar and district superintendent of police Himanshu Manjhai reached the riverbank at 5am and arrested seven drivers. They were identified as Ganga Ravidas (30), Sanjay Gope (30), Sunil Pandit (23) and Binod Das (34), all residents of Giridih; Nasruddin Shah (42), Nunubabu Singh (34), both residents of Dhanbad; and Dayanand Chadhuary (30) of Koderma.

Assistant mining officer Nishant Abhishekh on whose complaint the raid was conducted, said “An FIR was lodged against 24 people, including the 12 vehicle owners engaged in transporting sand, and the 12 drivers, of which seven have been arrested and handed over to the police.

“We are investigating those engaged in illegal sand mining, based on information from the arrested persons. Further action will be taken against them,” said Abhishek.

Illegal sand mining along the banks of river Barakar at Nirsa, Tundi and other places like Jamadoba happens repeatedly. The joint team have also faced resistance from local residents, who attacked the raiding team led by sub divisional officer Raj Maheshwaram last year.