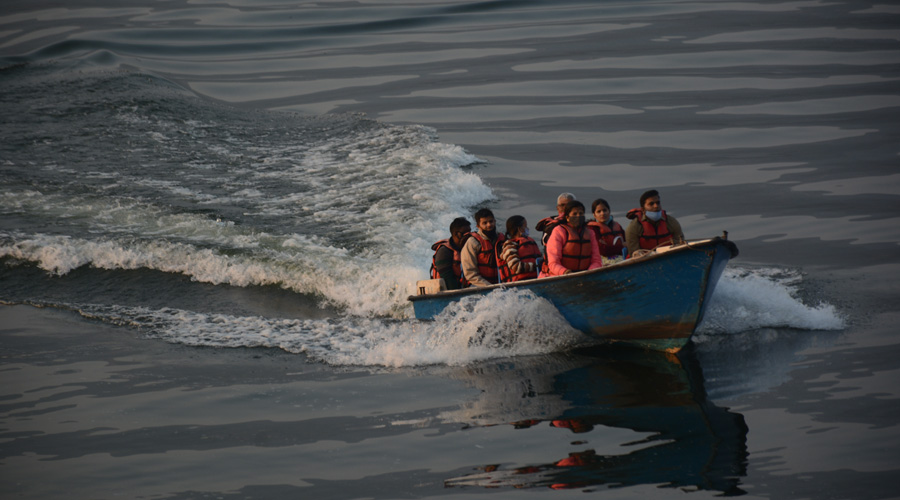 The biting cold across Jharkhand is likely to stay for the next three days with IMD's Ranchi Meteorological Centre revealing on Monday afternoon that minimum readings in most parts of the state will remain three to four notches below normal.

Jamshedpur recorded its lowest minimum temperature this season at 7.6°C against 8.7°C on Sunday. Several other parts of the Kolhan region, including Chaibasa in West Singhbhum and Seraikela-Kharsawan also witnessed a new low of around 7°C.

Ranchi continued to record 7.2 °C for the second consecutive day on Monday, while in Kanke on the outskirts of the state capital, the Celsius nosedived to 5.7°C.

Daltonganj and Bokaro too experienced the season's coldest day with minimum readings of 6.1 °C and 6.2 °C respectively.

The north-eastern parts of the state, including Pakur and Sahebganj, were relatively warmer as the minimum hovered around 9°C.

The Regional Meteorological Centre in Calcutta said conditions were favourable for a fresh Celsius plunge. “The entire state is in the grip of the bitter cold north-westerly winds, which is resulting in temperature drops. Minimum readings are expected to slide by another degree or so in hilly areas,” said a duty officer, adding that the weather would also remain dry for the next five days.

Residents are dealing with the extreme temperatures in their own way. “For the last two days, I have stopped venturing out of my house after sunset because the chill is so intense. I have delayed my morning walk by an hour or so,” said Amritesh Singh, a resident of Sonari.

Weathermen at IMD's Patna Meteorological Centre noted the absence of a significant system over Jharkhand."A weak western disturbance is likely to pass through northern parts of the country around December 24 but it won't have any impact in Jharkhand, " said a senior weather analyst at Patna Met Centre.