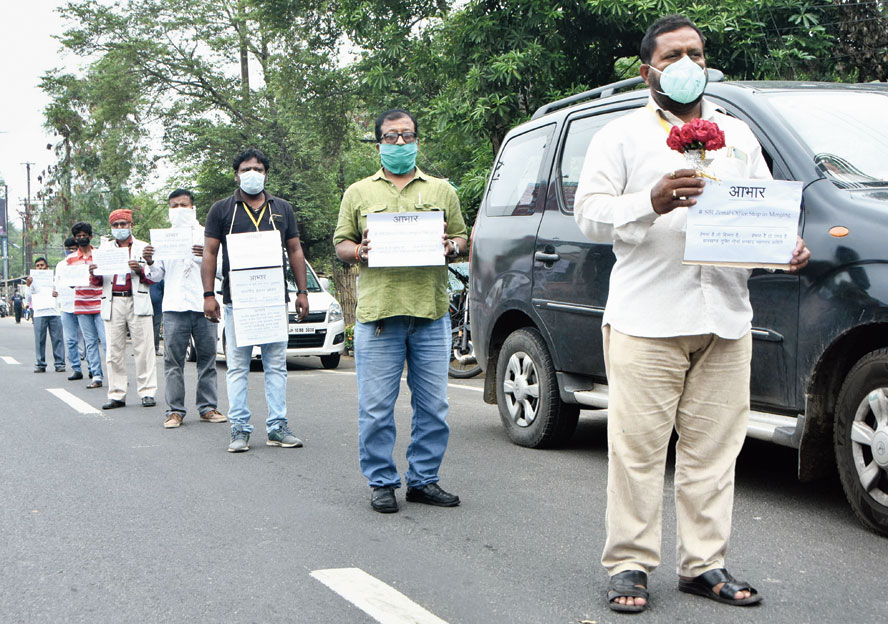 The State Bank of India’s plan to shift its zonal office from Dhanbad to Deoghar has been cancelled in the face of protests by traders and residents of the coal town.

Dhanbad MLA Raj Sinha, who was instrumental in initiating the protests, said: “The issue was related to the prestige of Dhanbad, and I am thankful to former minister of state for finance and current Hazaribagh MP Jayant Sinha who helped us by holding talks with finance ministry officials, leading to the reversal of the earlier decision to shift the SBI zonal office from Dhanbad to Deoghar.”

MLA Sinha had also approached the Prime Minister’s Office and other senior officials of the SBI to convince them to roll back the decision.

Rajesh Kumar Gupta, patron of the Federation of Dhanbad Zilla Chamber of Commerce and Industry, said the decision to merge Dhanbad and Deogh­ar zonal offices as part of a restructuring exercise was erroneous.

B.N. Singh, president of the Industries and Commerce Association, said the presence of over 500 MSMEs (micro, small and medium enterprises) in Dhanbad and Bokaro industrial area made it one of the biggest industrial and economic zones in the state.

“Therefore, there was no rationale behind the plan to transfer the SBI zonal office from Dhanbad to Deoghar, a religious place and pilgrima­ge,” Singh said. The Industries and Commerce Association is an umbrella outfit of ov­er 100 hard coke factory owners of Dhanbad. On May 25, Singh had written a letter to SBI chairman Rajnish Kumar, requesting him to reconsider the decision to shift the zonal office.