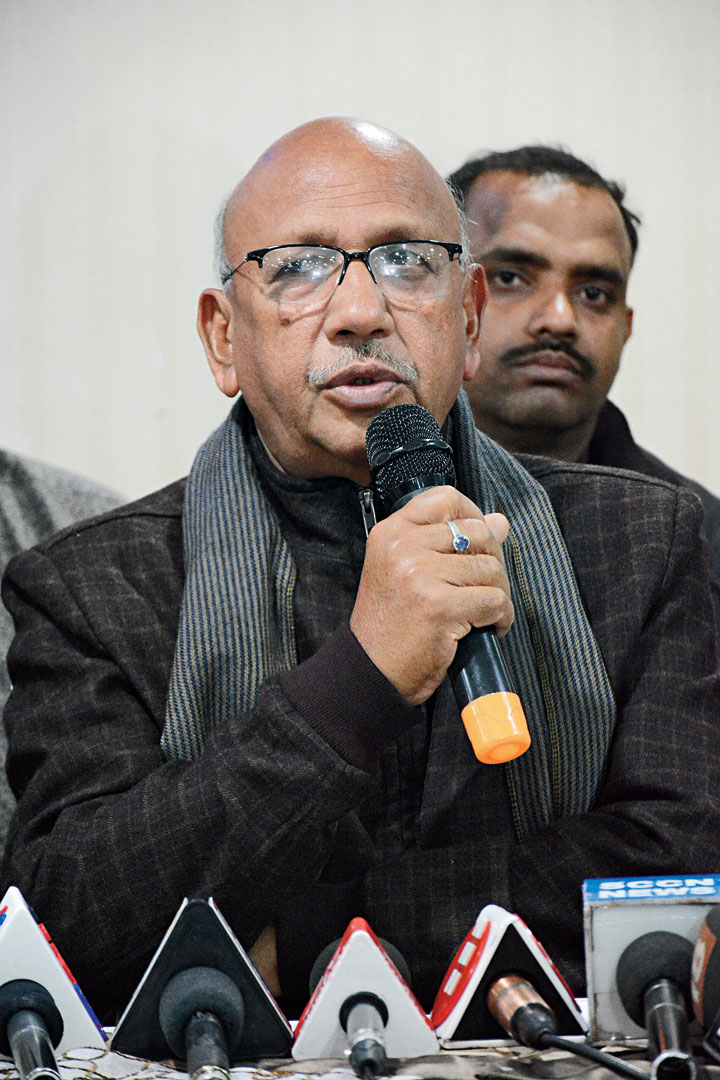 Addressing the media at a hotel in Sakchi on Monday, the 68-year-old said the organisation would primarily raise local issues before the authorities concerned and ensure speedy solution.

“The organisation will soon be registered and would be constituted at a polling-booth level in the four Assembly constituencies — Jamshedpur East, Jamshedpur West, Jugsalai and Potka. Soon, we will be nominating conveners, co-conveners and members at booth level to identify and raise micro issues faced by local people,” Roy said.

The former BJP leader, however, preferred not to reveal much about the political nature of the outfit.

Former BJP leader Ram Narayan Sharma was made the district convener of Bharatiya Jan Morcha while Mukul Mishra and Ajay Kumar Sinha were made convener for Jamshedpur West and Jamshedpur East, respectively.

“Soon, conveners and co-conveners will be nominated for youth, women, labour and urban slum wings of the organisation. The organisation will frame its own constitution and will hold its first mass meeting-cum picnic on January 25 at Theme Park in Ghorabandha,” Roy informed.

“I have asked both Jusco and JNAC officials to sort out the problems of irregular water supply from the Moharda water project. I will review the water project again on January 24,” he said.

Roy said he had asked JBVNL to construct more sub-stations to ease the load on the one in Mango.