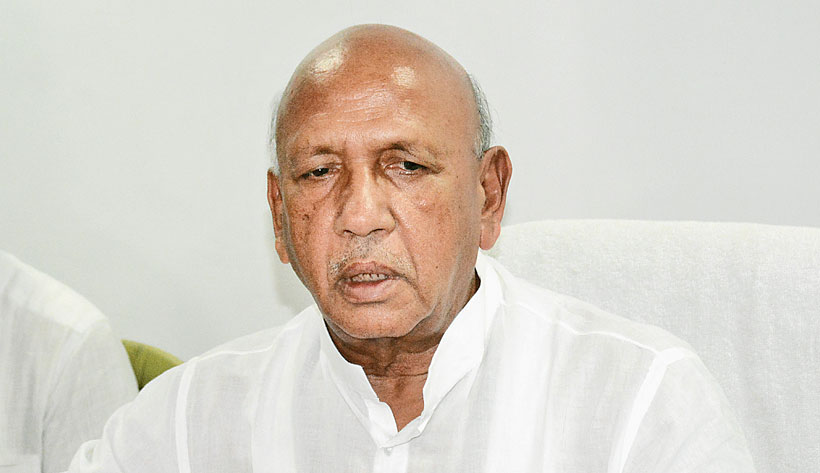 Saryu Roy, the BJP minister-turned Independent MLA from Jamshedpur (East), on Tuesday said that the Hemant Soren government had withdrawn the pathalgadi cases “in haste”.

“Chief minister Hemant Soren could have withdrawn the cases against the pathalgadi activists after studying the cases properly. But he has done it in haste,” Roy told journalists here on Tuesday.

It is alleged that the seven were murdered for opposing the pathalgadi movement, though police have also cited personal enmity as a possible motive.

Pathalgadi, the custom of setting up stone slabs, was tweaked by tribal villages across Jharkhand in general and in Khunti district in particular in 2017-18 to assert their special rights guaranteed by the Constitution. The movement peaked around the time the then state government tried to tweak the age-old tenancy laws of Santhal Pargana and Chotanagpur. However, police claimed the movement was instigating villagers to rebel against the government. Thousands were booked for sedition, and the Hemant government had dropped the cases on its first day in office.

Two more people were arrested in the Burgulikera case on Tuesday, taking the total number of arrests to 17.

The police special investigation team (SIT) set up on the chief minister’s orders to probe the Burugulikera massacre has not yet submitted its report Hemant had on January 23 said the SIT would complete its probe within five days.

“The SIT is working and it will definitely come out with a report on the reason behind the massacre,” Kolhan deputy inspector-general of police (DIG) Kuldeep Dwivedi told The Telegraph on Tuesday.

Administration sources said senior police officers who were camping at Burugulikera — under Gudri police station area in Chakradharpur sub-division — have returned to the district headquarters. Security of the village is being taken care of by a police picket and paramilitary forces.