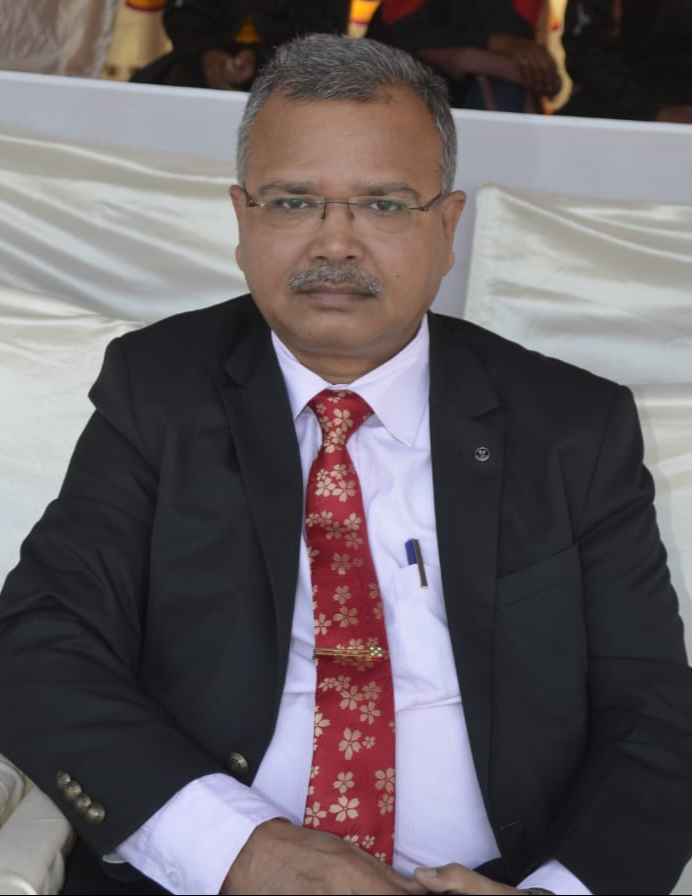 Sindri unit in-charge of Hindustan Urvarak and Rasayan Limited (HURL) Sunil Kumar Sinha said on Wednesday that his priority is “safety and good health” of the workmen and residents of the town.

“My present priorities are safety and good health of our stakeholders including workmen and residents of Sindri town,” Sinha, who recently took charge of the office, said.

Talking to The Telegraph Online on various issues, including his priorities, future plans, etc., Sinha said, “We want to move forward with caution for the project activities.”

“We are ready to compromise on the progress of the project if it affects the health of anyone in and around our job site,” Sinha said, adding that they are trying to catch up with delays that happened due to the Covid-19 pandemic.

“The delay analysis is already underway and we will firm up our revised completion target shortly,” he said.

Earlier, talking to the media on Tuesday, Sinha said 70% of the work for laying the factory at Sindri has already been completed. He further said that there is a delay of around four-five months in regard to the progress, but if the situation normalises after July, the lag can be minimized by one-two months.

Sinha is an alumnus of BIT Sindri and studied B. Tech (Mechanical) engineering from 1987-91. He has an experience of over 25 years at the Oil India Limited.

Notably, as per the original plan, the plant was likely to be commissioned by March 2021.

When asked by media about the migration of labourers and pending payment of salaries of workers by contractors for the lockdown period, Sinha, who also has eight months of experience at a catalyst plant of Projects and Development India Limited, Sindri, said, “those complaining in this regard can directly approach the deputy commissioner as they are also in touch with the district administration regarding lack of payment by some contractors.”

Construction work for the Rs 6500-crore fertiliser factory of HURL, a joint venture company of Coal India Limited (CIL), National Thermal Power Corporation (NTPC), Indian Oil Company Limited (IOCL) and Fertilizer Corporation of India Limited (FCIL), at Sindri is being carried out by L&T Hydrocarbon Engineering. The wholly-owned subsidiary of Larsen and Toubro Limited bagged orders from HURL for setting up its two factories at Sindri and Barauni in association with Technip FMC, a UK-based company.

Natural gas pipelines are being laid down for the Haldia Jagdishpur project of Gas Authority of India Limited as the factory will be natural gas-based unlike the previous fertiliser factory of Fertilizer Corporation of India at Sindri, which was a coal-based plant. Such coal-based fertilizer factories are economically non-viable these days