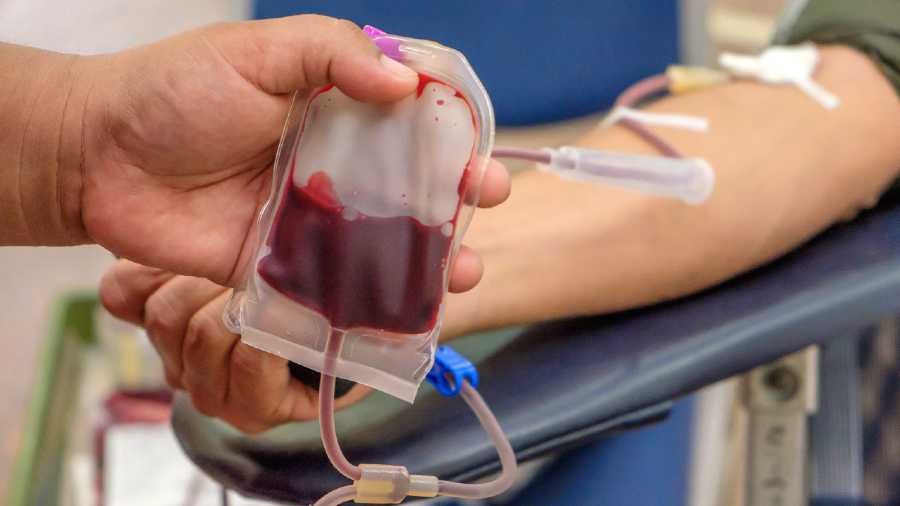 The Jharkhand government’s decision to charge a processing fee for each unit of blood provided to beneficiaries of Ayushman Bharat and other health insurance schemes undergoing treatment at private hospitals has opened a can of worms with health activists calling it an “open loot” and demanding its immediate revocation.

Threatening a hunger strike against the health department’s decision, activists have accused the government of setting a wrong trend by charging money for blood and diluting the very purpose of voluntary blood donation, considered a pious and life-saving act.

A notification from the state health and family welfare department, dated November 20, stated that private hospitals taking blood for beneficiaries of the Ayushman Bharat scheme and other health insurance schemes in the state will have to pay a processing charge for blood provided to them from government-run blood banks.

Citing the reason behind this decision, the health department’s notification stated that many private hospitals took blood free of cost from government-run blood banks, but claimed Rs .2000 for each unit of blood from health insurance companies and under Ayushman Bharat scheme.

“In order to get blood free of cost from government blood banks, private hospitals will have to submit an undertaking confirming that the patient is not registered under Ayushman Bharat or other health insurance schemes, and is below poverty line,” the notification stated.

Following this notification, the blood bank at Rajendra Institute of Medical Sciences (RIMS) Ranchi fixed the processing charge for each unit of blood at Rs 1,050 for patients undergoing treatment at private hospitals. As per this letter, a copy of which is in possession of The Telegraph Online, RIMS will charge Rs 1,050 for each unit of packed red blood cell, Rs 300 for frozen fresh plasma and platelet concentrate, and Rs 200 for cryoprecipitate.

“Every citizen of this country deserves free blood during treatment. If the government has a problem with private hospitals claiming money under health insurance schemes for blood they get free of cost from government blood banks, then it should take action against the hospitals in question here instead of harassing needy patients,” said Atul Gera, the founder of Lifesavers, a group that organises blood donation camps across the state.

Gera and several other health activists, who have worked for years to ensure availability of blood for patients in Jharkhand, on Tuesday sought permission from the Ranchi district administration to stage a protest against the government’s decision.

“We want the chief minister to immediately withdraw this order. At the end of the day, only patients will suffer from this decision,” Gera said.

Another health activist, requesting not to be named, claimed that the government itself was encouraging people to rely on private hospitals as government facilities were not competent enough to treat the entire population in the state. Several poor patients undergo treatment at private hospitals, and eventually, they will have to bear the additional expenses for blood.

“If today, the government starts charging money for blood provided to patients, maybe tomorrow, blood donors will also start demanding money for each unit they donate. There is no end to this,” he said.