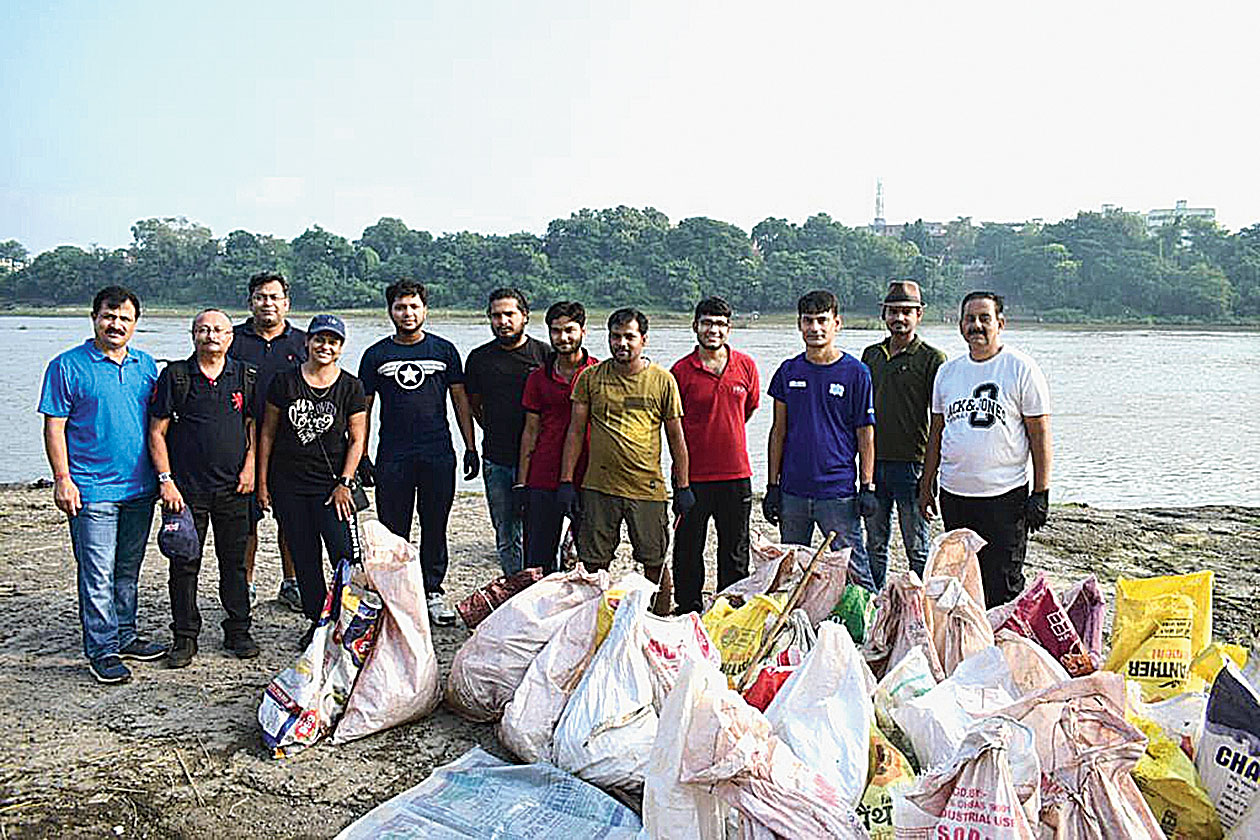 Volunteers during the Clean Subernarekha campaign at Gandhi Ghat in Jamshedpur on Sunday.
Picture by Animesh Sengupta
Our Special Correspondent   |   Jamshedpur   |   Published 15.09.19, 06:54 PM

Jamshedpur Utility Services Company and volunteers of various social outfits on Sunday morning collected around 2.50 tonnes of waste, mostly discarded clothes, plastic, tins and glass, in a one-and-half-hour-long drive to clean the Subernarekha river near the Gandhi Ghat in Sakchi.

Chief minister Raghubar Das in January this year had claimed in the Assembly that the stigma of open defecation had been erased from Jharkhand, but volunteers participating in the campaign on Sunday had to wade their way through human faeces which proved that open defecation was still a problem.

More than 150 volunteers toiled hard and collected the rubbish from 6am to 7.30am.

During the Clean Subernarekha campaign the volunteers also found people washing vehicles, bathing and washing clothes in the river that is a lifeline for the steel city.

“We urge the people of Jamshedpur to help us by making an effort not to dirty the river and keep the river ghats clean. We gave the message to protect the natural resources, which in turn will help in keeping the city beautiful, green and clean,” said a Jusco spokesperson adding that the mission is to keep the lifeline river clean.

This the fourth time that the Clean Subernarekha campaign was carried out by Jusco, the Tata Steel subsidiary which looks after the municipal and other allied services in the steel city.

The first such cleaning operation had kicked off on April 7 this year in which 7.5 tonnes of waste was collected from the banks of the Subernarekha at Domuhani in Sonari.