Mourning the deaths of migrant workers 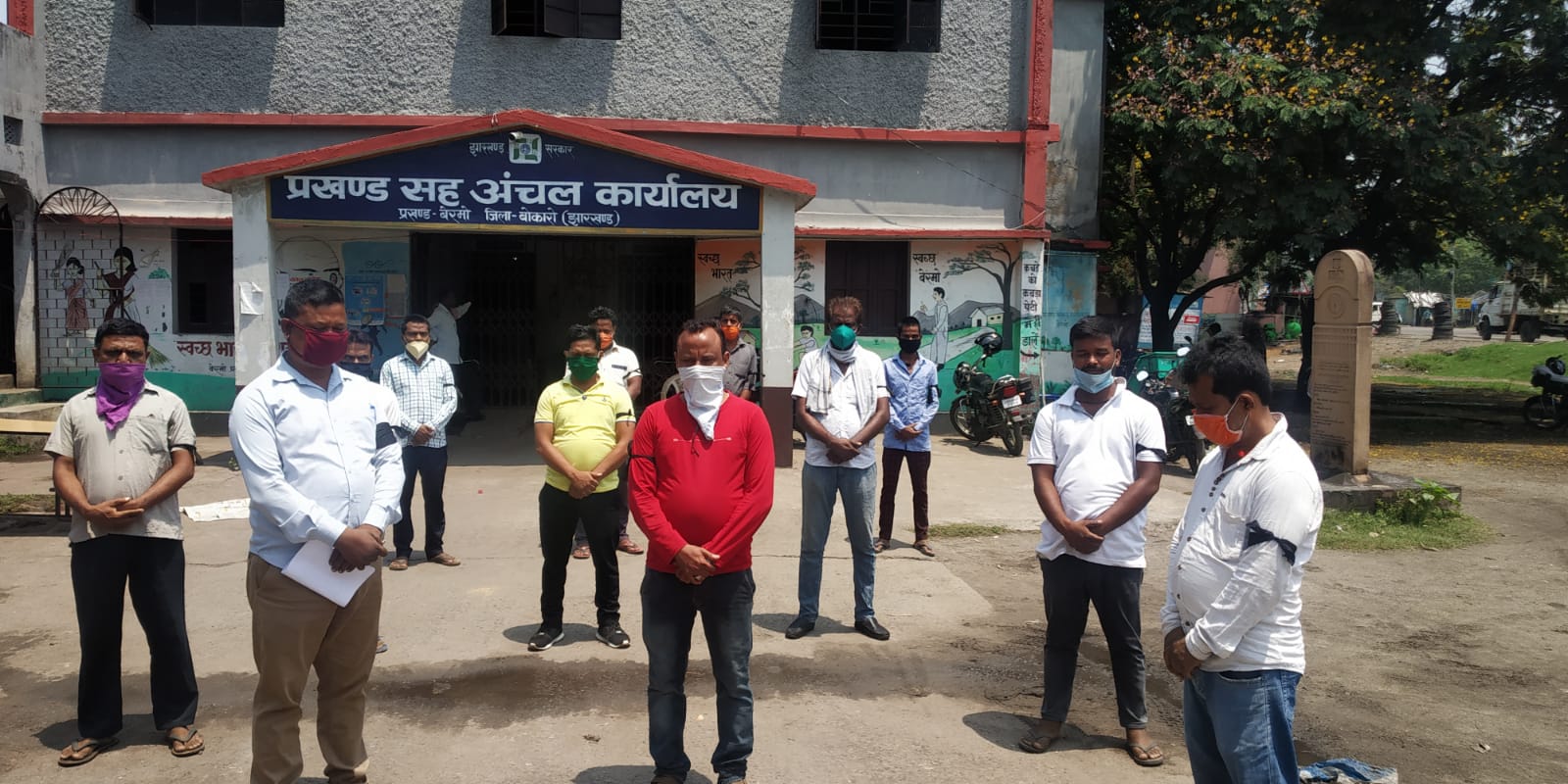 Food activists and others observing silence at Block office at Bermo in Bokaro district on Monday to mourn the death of migrants workers who died in transit.
Telegraph picture
Our Correspondent   |   Ranchi   |   Published 01.06.20, 03:13 PM

Right to Food Campaign (RtFC) and its partner organisations observed two minutes silence on Monday at various places across the state to mourn the lockdown induced deaths of migrant workers.

The country witnessed a really bad time during the covid-19 lockdown, and migrant workers were amongst the worst affected,” said Ashrafi Nand Prasad, RtFC state convener. “Most of them (migrant workers) were daily wage earners and there was no way they could sustain themselves at distant places. The situation pushed them to near starvation’” he added.

A lot of these people spent whatever little savings they had in paying truck and bus drivers or buying a cycle for returning home. And those who could not even do that, just started walking.

Activists in small groups participated in the mourning across villages, block offices and other places between 9 and 11 am on Monday in districts like Dhanbad, Giridih, Bokaro, Palamau, Laterhar, Gumla and Simdega.

“We observed silence in small groups by maintaining social distancing and following other safety protocols,” said Taramani Sahu, another activist from Simdega.

The RtFC also demanded free and safe transportation of migrant workers who are still stranded, universal and unconditional public distribution system of ration, employment guarantee in both urban and rural areas and ensuring regular payment of wages.

They also demanded ensuring maternity and child rights, free health services for all and compensation for families of migrant workers who either died or got injured in transit.