No fatalities or injuries reported near the spot 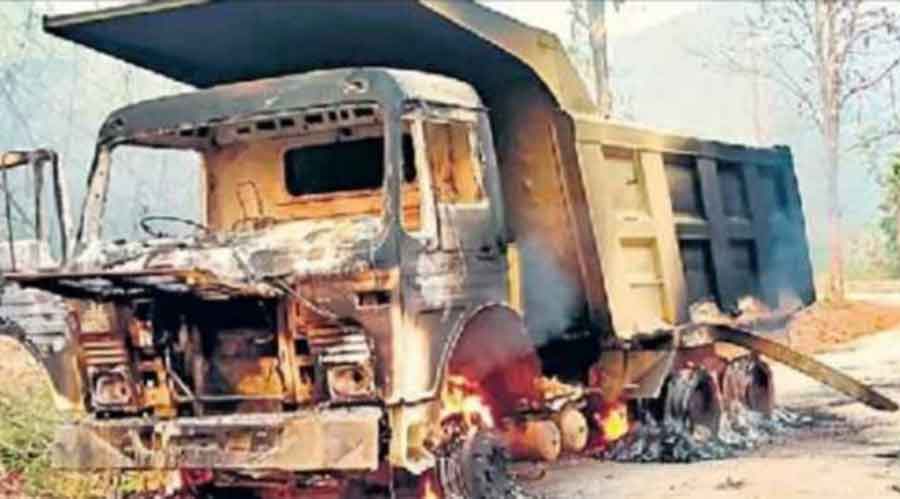 The vehicles were parked close to the warehouse of a road construction contractor.

It is suspected that non-payment of levy by a contractor concerned led the insurgents to take this step.

Police and paramilitary forces started an anti-insurgency operation at the Lanji region which is located at the bordering Khunti and Seraikela-Kharsawan district.

"Lanji region continues to be a naxal hotbed where the rebels have torched four vehicles being used for a road construction project on fire at the wee hours on Thursday," said Kumar to The Telegraph Online.

He said the violent act committed at Lanji is suspected to have been committed by a group of Maharaj Pramanik.

"Pramanik who carries a bounty of Rs 15 lakh on his head is active at Chowka area in Seraikela-Kharsawan district and also at Kuchai as well as Lanji region is suspected to have torched the four vehicles. Fortunately, the naxals did not inflict any injury to any of the construction staff who were present near the spot when the vehicles were torched," said the SDPO.

On March 4, three jawans of paramilitary forces were killed in an IED blast.