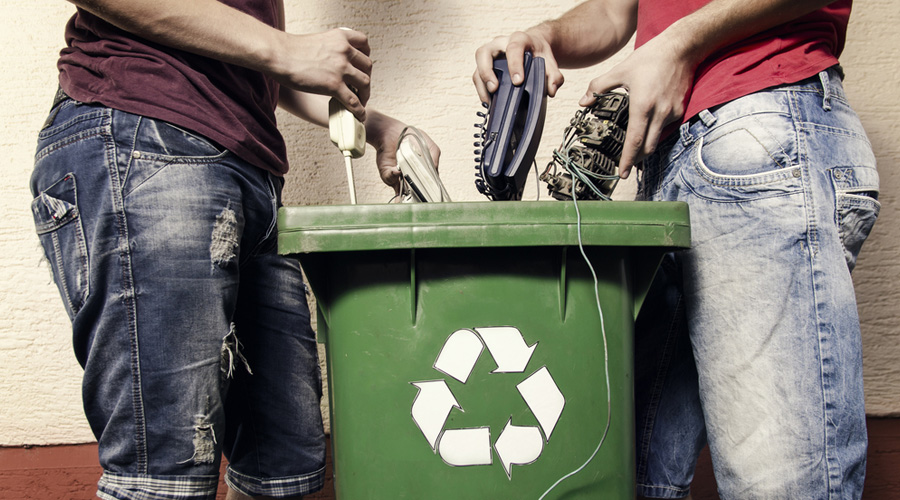 Residents of the state capital will no longer be saddled with old, non-functional laptops and mobiles as five e-waste disposal centres will be operational in Ranchi from Monday, thanks to Ranchi Municipal Corporation (RMC).

“All the collection points are set up at mini garbage transfer stations of the areas. They will become functional from Monday. We will collect both e-waste as well as other domestic hazardous waste there,” he said, adding the move was aimed at streamlining the waste disposal mechanism in Ranchi.

Yadav said that under the solid waste management rules 2016, all wastes have to be segregated under biodegradable and non-biodegradable categories for effective disposal and to prevent environmental hazards.

“This apart, there are e-waste management rules of 2016 which mandates scientific disposal of electronic waste that we generate. So, we are now working towards streamlining all kinds of waste collection and their scientific disposal,” he said.

From next month, RMC is planning to introduce a radio frequency-enabled identification (RFID)-based door-to-door collection system. The civic body is in the process of roping in a specialised agency from Rajasthan to execute the plan.

“Soon, we are going to sign an MoU in this regard after which we will make a formal announcement. Under the new system, we will be able to track on a real-time basis, the status of household garbage collection every day. In Ranchi, there are about 2 lakh households where we will roll out the technology-enabled waste collection,” he said.

Yadav said RMC was exploring expert agencies for disposal of collected e-waste items. “Initially, we will only start collection of e-junk and gradually we will tie-up with an agency to ensure its effective disposal,” he said.

According to RMC estimates, Ranchi generates around 4,000-tonne e-waste every year. “The figures could be more given the rise in use of technology in everyone’s lives,” said another official.

E-waste is an emerging environmental concern nationally. In Jharkhand, Tata Steel, with the help of its own utility firm, JUSCO, set up an e-waste centre in Jamshedpur in 2019.