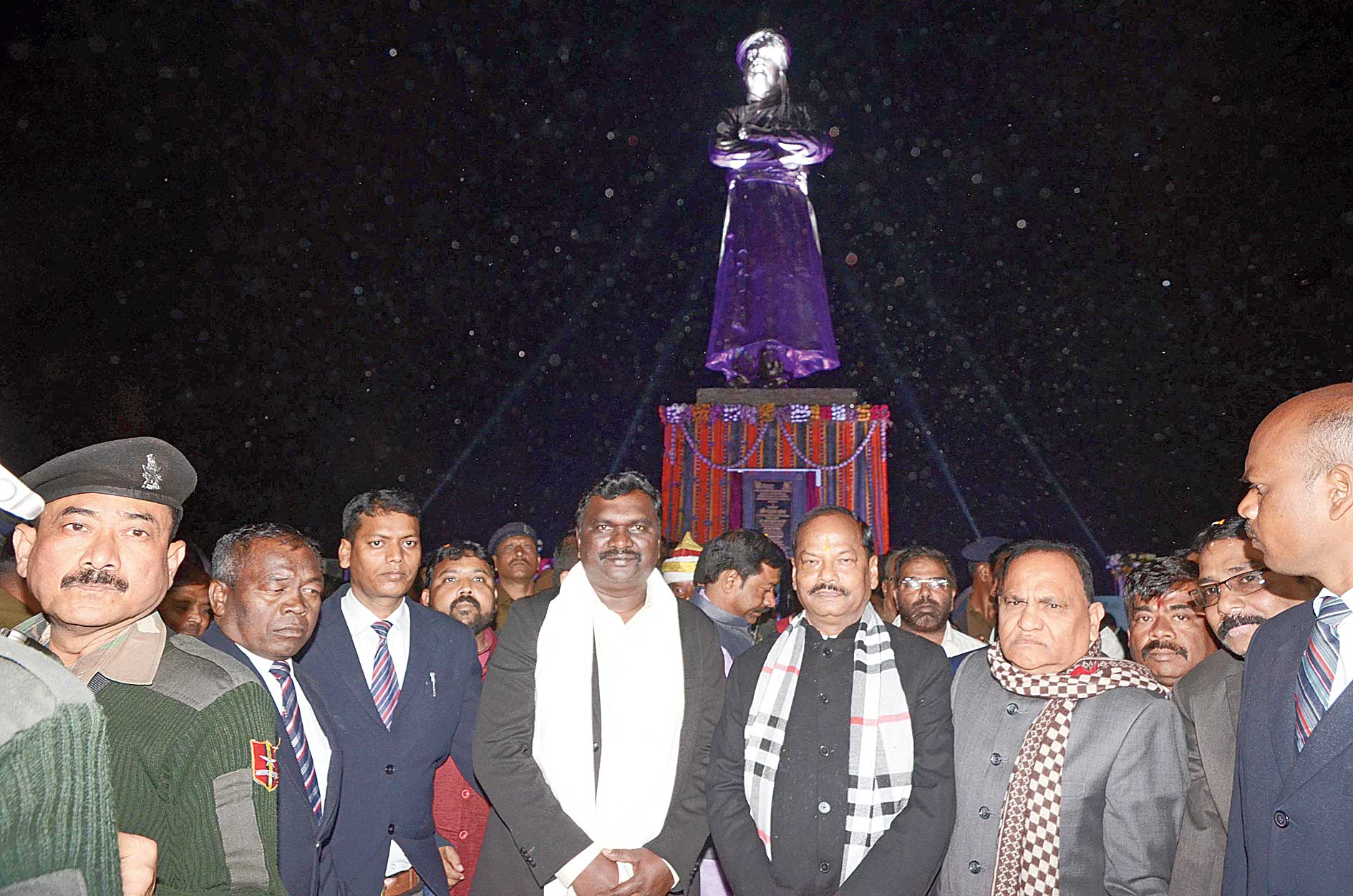 The capital’s long wait for the inauguration of the 33-feet Swami Vivekananda statue on Ranchi Lake ended on Saturday, the icon’s birth anniversary observed as National Youth Day, when chief minister Raghubar Das did the honours amid Vedic chants.

State urban development minister C.P. Singh, tourism minister Amar Kumar Bauri, Ranchi MP Ramtahal Choudhary, among others, were present at the ceremony. “This monument is a tribute to Swami Vivekananda and a gift for the people of Jharkhand. Swamiji inspired the country with his action and words,” Das, who reached the venue late owing to a party meeting, said.

Famed sculptor Ram Vanji Sutar, best known for the Statue of Unity and the brains behind this metal creation, mainly bronze, came too. Youths jostled for selfies with him.

“You have one the best locations for this statue. Now this is your property and you need to take care of it and pay respect to the statue of this legendary son of India. This is the second tallest statue of Swamiji,” Sutar told Ranchiites.

This project, worth Rs 18.46 crore, inclusive of statue cost at Rs 2.96 crore, was undertaken by tourism department in May 2017, but progress was slow. Urmila RCP Projects had bagged the tender. In December 2018, the state roped in Shapoorji Pallonji to complete the project by January 12.

Two approach bridges have been built. RMC will do beautification work. But, the venue is yet to open for visitors. “Fifty per cent construction is done. We have to wait for two months more for pending work to complete. Entry will be free,” said a senior tourism official.