Ranchi Rajdhani to run on Lohardaga route on Thursdays 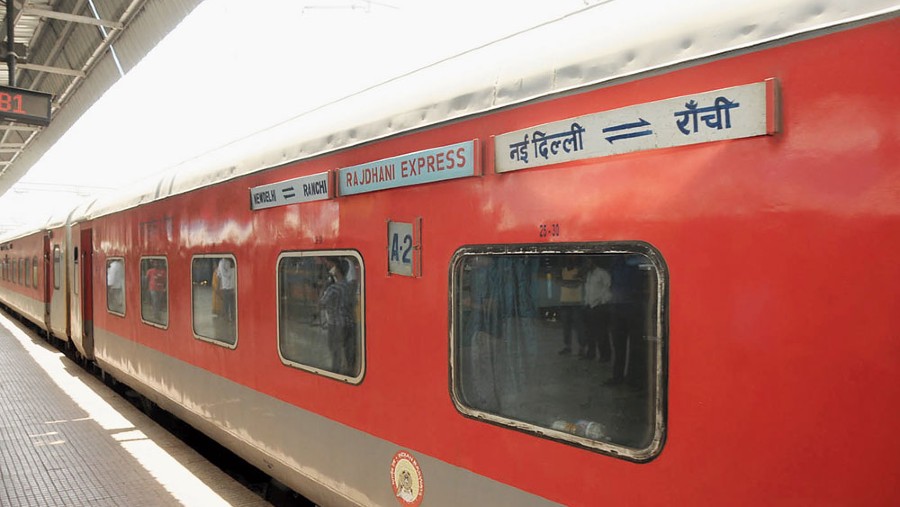 The Ranchi-New Delhi Rajdhani Special Express will now run via the Lohardaga-Tori rail link every Thursday from November 11, the Union railway ministry has announced, fulfiliing a longstanding demand of the people of Jharkhand.

From Delhi, the train will leave every Wednesday and travel on the altered route to reach Ranchi. According to the railways, the train will stop at Daltonganj and Garhwa Road — both in Jharkhand _ and Pt. Deendayal Upadhyay Junction and Prayagraj stations in Uttar Pradesh.

It will, however, not halt at Lohardaga junction. Currently, Ranchi Rajdhani runs four days a week via two routes. The train cuts through Muri-Barkakhana for two days and takes the Ranchi-Bokaro route on the other days.

The use of the Tori line will cut travel time between Ranchi and Delhi by at least two hours, officials in Ranchi division said. The 111km- long Tori line project was conceived in 1997, but work began only in 2001. It was completed in 2017.

“The successful trial on the 111km Lohardaga-Tori line took place in 2019 after laying of the alternate route to Delhi from Ranchi. But we have been waiting for a green signal from the railway ministry all this while. Many public representatives as well as passenger associations have long been asking that the Rajdhani go via the Lohardaga-Tori route. We are ready to do so now,” remarked a senior official on Tuesday.

He said that even during the peak of the second wave of the Covid-19 pandemic, when special trains carrying oxygen were run from Ranchi to northern parts of the country, the Lohardaga-Tori line was used.

Ranchi MP Sanjay Seth welcomed the announcement claiming he had been pursuing the issue with the Union government for long. “This line was conceptualised by the late Atal Behari Vajpayee. Now that the railways have formally announced to run the Rajdhani via this route, Vajpayee’s dream project is finally set to become a reality,” said Seth.

He also appealed to the rail minister to consider a halt at Lohardaga junction for the Ranchi Rajdhani Express for the benefit of local passengers.