Illegal buildings in line of fire 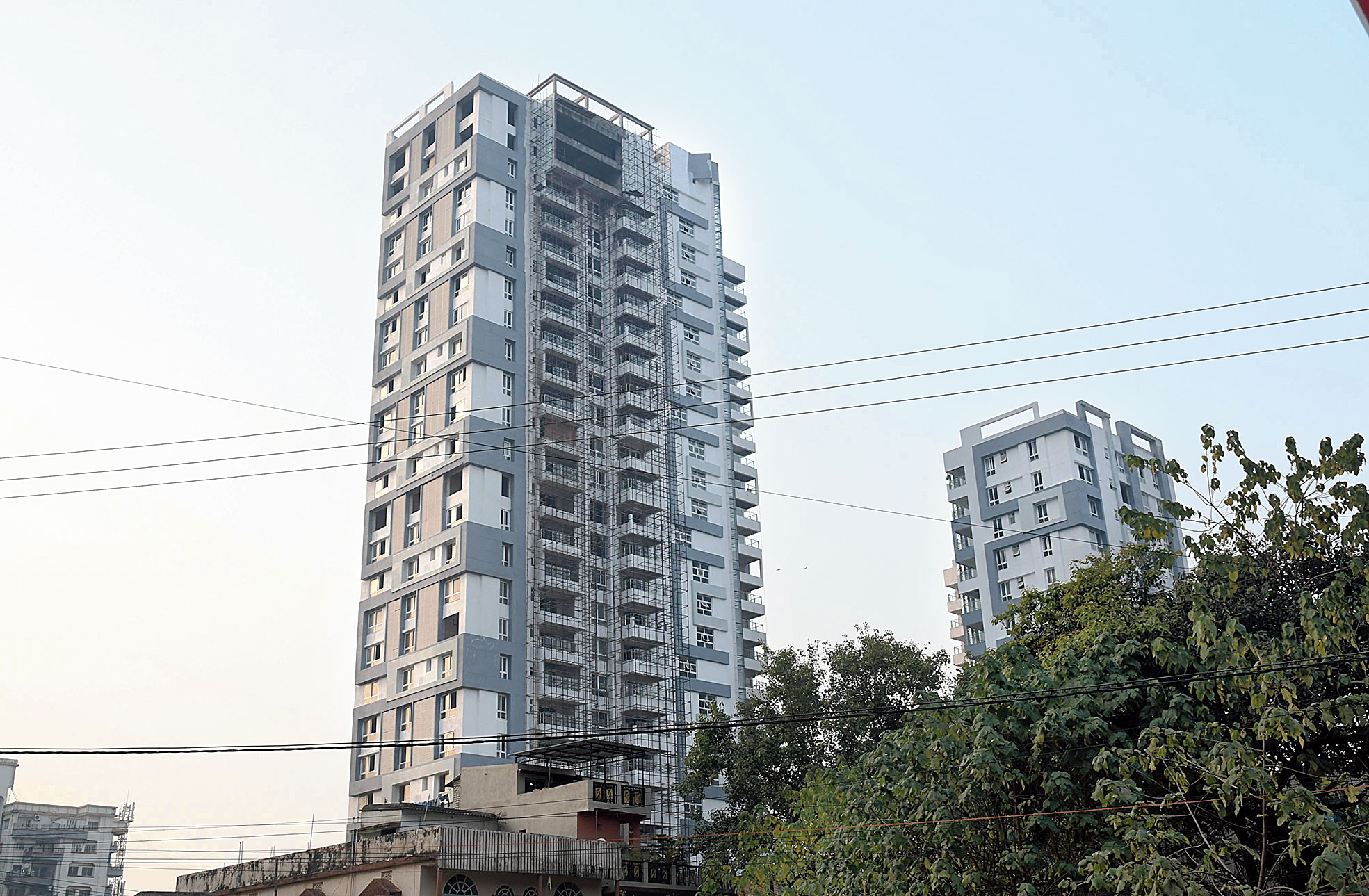 One of the high-rises in Lalpur, Ranchi, where RMC stopped construction work on Wednesday.
Picture by Prashant Mitra
Our Correspondent   |   Ranchi   |   Published 29.01.20, 06:43 PM

Ranchi Municipal Corporation (RMC) on Tuesday swooped down on two illegal high-rises under construction on the upscale Lalpur-Kokar Road, and stopped the work, in one of the most high-profile steps taken by the civic body in recent times.

The team led by RMC town planner Manoj Kumar also inspected Samford Hospital near Kokar Chowk, some 1.5km from the high-rises. The hospital had made some extra constructions in their basement parking area over and beyond of what was approved by the civic body.

The same team also sealed two shops on Circular Road, which had come up without permission.

The RMC’s stringent drives have come at a time when the civic body wants to be taken seriously about tackling illegal constructions.

On an average, the RMC receives as many as 100 applications from people for the approval of their respective building maps. However, many people, after getting their maps approved, build extra features on their plots, violating the blueprint cleared by the civic body. Sometimes, the approval of the building map comes with a deadline, exceeding which the builder has to apply for an extension, but many don’t.

This is what the RMC team found in the G+27 building being constructed by Subhash and Gautam Modi and the G+12 one being built by Abhimanyu Modi.

RMC town planner Kumar said in the case of the high-rises, their three-year timeframe had expired.

“But the builders had not sought an extension. Keeping RMC in the loop is mandatory since a team of engineers of the RMC have to visit the construction site concerned to inspect the plinth work and ensure that the construction work is being carried on according to the plan approved by the civic body. Once construction is over, it is again be inspected by the RMC after which an occupancy certificate is issued,” said Kumar.

In the G+ 27 building, it was found that the builders had not even told the corporation about starting the construction work. It meant the entire building was illegal.

RMC has a separate unit to deal with building map approvals. The unit is also supposed to keep tabs on illegal construction. The RMC had also launched a building plan approval management system years ago where people could apply online and check the status of applications.

But there is no mechanism to help the RMC track the actual construction status of an approved building plan and inform applicants if their approval deadline is set to expire.

“In view of this, we have now decided to assign responsibility to junior engineers. They have to follow up and check the status of the building under construction. We also appeal to people to get their building plans approved by us and stick to them,” Kumar added.