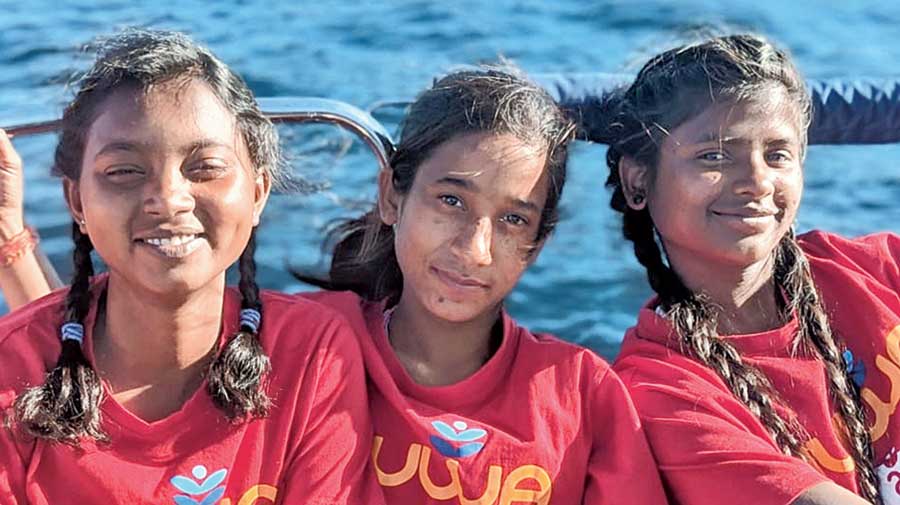 A girl from a Jharkhand village is preparing for study at Harvard University unlike many of her contemporaries in the area who are usually married off early.

Seema Kumari, aged 17, from Dahu village under Ormanjhi block of Ranchi district, has earned a full scholarship for pursuing an undergraduate course at Harvard University (Cambridge, Massachusetts) and plans to leave for the US in August.

“Not only that, Seema also got selected in some other well known universities and institutions like Ashoka University, Middlebury College and Trinity College,” said Franz Gastler, who along
with some friends had established Yuva School at Hutup village in Ormanjhi about a decade ago that groomed girls like Seema.

Seema’s parents are marginal farmers and are unlettered. However, many of the girls in their area have been trained at Yuva School, an English medium school that helps them to appear for examinations conducted by the National Institute of Open Schooling and gives them guidance to secure seats for study at reputed universities, both within the country and even abroad.

As was the prevalent custom, most of these girls would be married off early but the NGO Yuva motivated them to study and also play football to boost their confidence.

It was not easy for the girls to play football initially but they overcame their fear.

Seema became the vice-captain of the Yuva team that participated in Donosti Cup in Spain in 2016 and she later became a football coach for the local girls.

“Her selection to Harvard was, however, based on her academic performance and had nothing to do with her football skill,” said Rose Thomson Gastler, principal of the Yuva School.

Seema was even earlier selected for summer programmes in Washington and Cambridge in 2018 and 2019 respectively and had even attended a school in the US for a year under an exchange programme earlier, added Franz.

“Her tremendous resilience and determination helped Seema achieve what she did,” said Rose, who was full of praise for the girl who cleared her Class XII from their school this year.
But Seema has still not decided what subject she would study at Harvard.

“I have a plan to start an organisation for the women of my village and help them start businesses so that they became financially independent,” Rose said quoting Seema.

The girl said she could pursue a subject that focuses on gender equality and women’s development.