Deserted patch transformed into centre of attraction in Ranchi 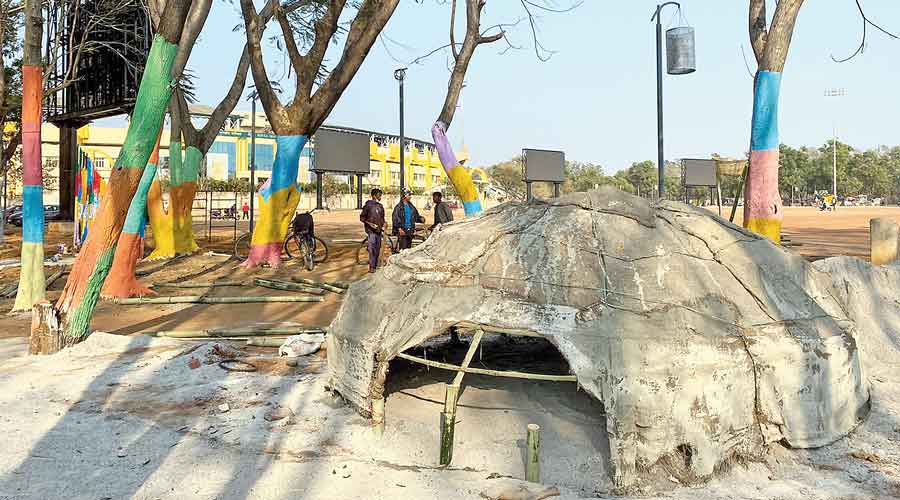 A deserted patch on the southern end of the Morabadi Ground in Ranchi has been transformed into a centre of attraction for visitors of all age groups in only 75 hours.

The initiative is the part of  ‘Placemaking Marathon-II’, a Smart Cities Mission, under Union ministry of housing and urban affairs, to encourage the 100 smart cities to reimagine or more public places in their city and transforms it within 75 hours as part of the Azadi Ka Amrit Mahotsav.

“As part of the directive of the Union housing and urban affairs ministry, we had to transform a public place keeping citizens at heart encouraging them to take up environment-friendly measures. We are happy to have completed the initiative at Morabadi without using a single concrete,” said RSCCL chief executive officer, Amit Kumar.

RMC commissioner Mukesh Kumar said the place has been transformed in such a manner that visitors from all age groups can now spend time among nature.

“We have used natural colours to paint the chaotic trees, placed benches for senior citizens and swings made from waste tyres and ropes and another playing zone for children and also made platforms for meditation and yoga. There has been massive use of bamboo poles, bamboo leaves for baskets and dustbins. We have also earmarked a place for a dog shelter along with provision for drinking water,” said Mukesh Kumar.

Nearly 500 trees were painted with natural colours with lights installed to enhance beauty and attraction after sunset.

Incidentally, because of trees, which had been planted irregularly in this area, people did not frequent these spaces as it was difficult to walk and the stretch remained deserted but with the beautification of the area, it is expected to attract crowds.

Pavers block has been installed to make it easy to access even in the rainy season. The bench and table have been made from old wooden pieces. A selfie zone has also been created between the trees.

The placemaking programme had begun on Sunday morning and got completed on Wednesday afternoon.

Earlier, the RMC and the RSCCL had beautified Dr Zakir Hussain Park in Ranchi as part of ‘Placemaking Marathon One.

Two private organisations WRI India and BVLF India provided technical assistance to the RMC and the RSCCL as knowledge partners. Both the organizations are providing technical help for place making in all 100 smart cities of the country.