Rajrappa temple prasad now at your doorstep through speed post 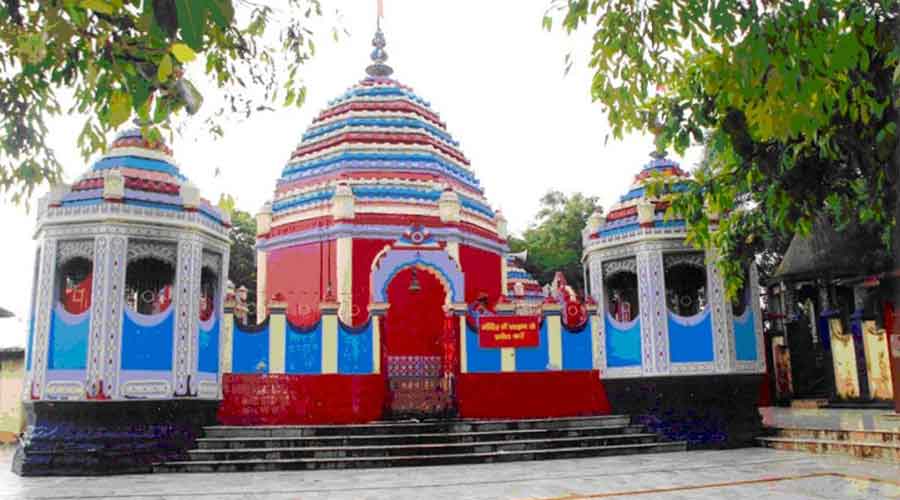 Devotees across the country can now avail prasad from the famed Maa Chinnamastika temple in Rajrappa in Jharkhand’s Ramgarh district sitting in the confines of their homes just by sending a money order.

Jharkhand circle of India Post on Wednesday announced commencement of doorstep delivery of prasad from Rajrappa temple through their postal network as part of their prasadam yojana.

Chief post master general Sanjeev Ranjan said that India Post has already been running prasadam yojana in 57 cities across the country under which they are delivering prasads at doorsteps of all key religious places such as Tirupati temple (Andhra Pradesh), Hanuman Gadi temple (Ayodhya) and even Baba Baidhyanath temple (Deoghar, Jharkhand) for quite some time.

“Rajrappa temple is the new addition to this scheme,” said Ranjan, adding that a memorandum of understanding (MoU) has recently been signed between the postal department of Hazaribag circle and Maa Chinnamastika Nyas Samiti.

On how one places their orders, he said, “Anyone can send a money order to the master of the sub-post office in Gola with their requirement for delivery through speed post. For 200 gm pack prasad, one has to pay Rs 251 and for 500 gm, a payment of Rs 500 needs to be sent through money order. Along with the prasad, the temple authorities will send items such as bangles, a photo of Maa Chinnamastika, belpatra etc.”

The official maintained that the postal department had begun this unique scheme in view of the covid-19 outbreak which caused slew of travel restrictions since last year. Even though the state government yesterday announced opening of all the shrines and entry of devotees in strict adherence to covid norms, many will still be apprehensive to venture in such crowded places fearing infection. “Hence, we chose to run this scheme and are gradually adding up more religious sites in our list,” he said.

Notably, Chhinnamastika temple dedicated to Goddess Chinnamasta is one of the revered pilgrimage sites in the state which draws lakhs of crowd annually from different states. The main attraction of the temple is the headless deity of the goddess standing on the body of Kamadeva and Rati in a lotus bed. The temple is popular for its Tantrik style of architectural design.