A traffic-cum-power block was undertaken for construction of subway 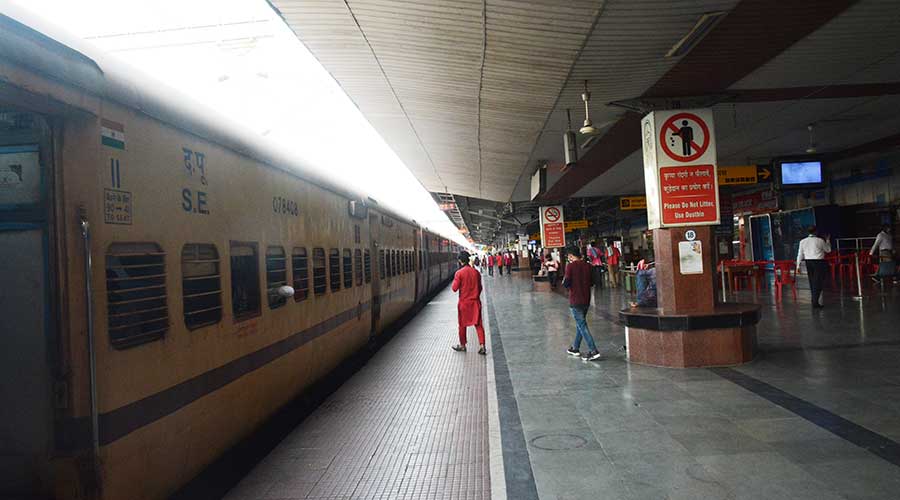 The traffic-cum-power block was undertaken for construction of a Limited Height Subway.

The subway was constructed replacing an unmanned level crossing between Rajgangpur and Sonakhan of Rourkela-Jharsuguda section under Chakradharpur division of the SER.

As per a schedule released by Garden Reach, the headquarters of SER the 02096 Howrah-Mumbai CSMT Superfast Duronto Special will leave Howrah every Monday, Tuesday, Wednesday and Friday with immediate effect from June 11 at 05.45 am and will reach Mumbai CSMT at 08.15 am, the next day.

In the opposite direction, 02095 Mumbai CSMT-Howrah Superfast Duronto Special will leave Mumbai CSMT every Tuesday, Wednesday, Thursday and Sunday with immediate effect from June 13 at 5.15 pm and will arrive at Howrah at 8.05 pm, the next day.

The train with one first AC, three AC-2 Tier and twelve AC-3 Tier coaches will have stoppages at Tatanagar, Bilaspur, Raipur, Nagpur and Bhusaval stations between the two destinations - Howrah and Mumbai CSMT.