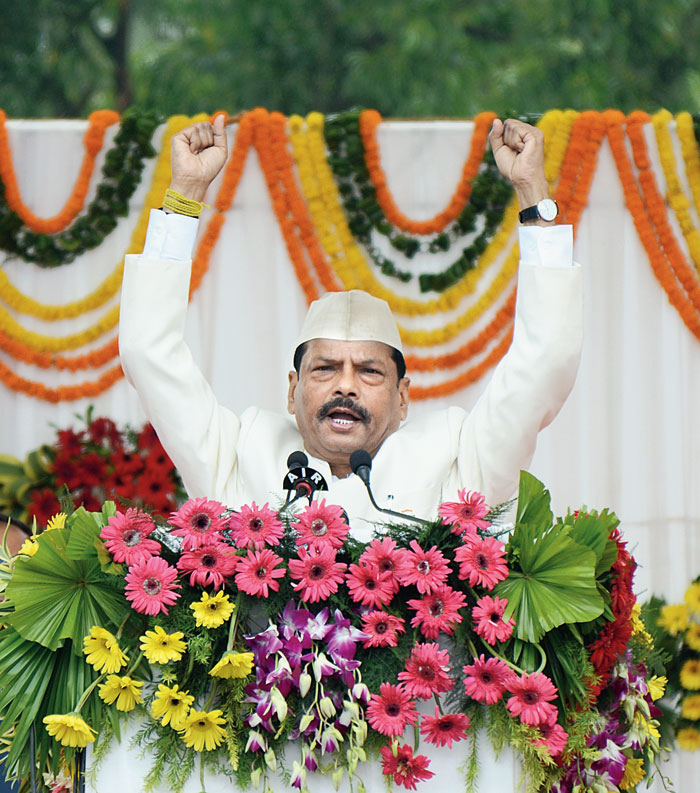 He urged people from all strata — farmers, workers, professionals, youths, craftspersons, mothers and sisters — to work for a happy and prosperous Jharkhand.

Das praised the Centre for removing Article 370 and 35A of the Constitution, and recalled late Prime Minister Atal Bihari Vajpayee’s doctrine of Insaniyat, Jamhooriyat, Kashmiriyat (humanity, democracy and Kashmir’s legacy of amity).

But the bulk of his 30-minute speech was centred around the achievements of his government. This is the last Independence Day before Assembly polls later this year.

Das reeled off statistics to highlight how Jharkhand had grown under his governance. He said: “Growth rate in the last three years is 14.2 per cent and rate of increasing per capita income is 9.1 per cent. During the last five years growth in forestry has been 31.2 per cent, fisheries 15.9 per cent, and agriculture 19 per cent.”

He added: “Jharkhand is the first state to give Rs 5,000 per acre as grant to farmers and Rs 3,000 per month as pension to labourers of the unorganised sector. From next month, the government will start a pension for journalists.”

“So far, 2 lakh people have been helped by the Pradhan Mantri Jan Arogya Yojana (Ayushman Bharat) in the state under which 57 lakh of 68 lakh families are covered. The government aims to give gold cards to all beneficiaries of this scheme by September 25. This apart, 100 mohalla clinics will be opened by September 25 for the urban poor.”

He spoke about big strides made in higher education, including new medical colleges in Dumka, Palamau and Hazaribagh, women’s colleges in 12 district, model colleges in 13 districts and 27 degree colleges and 13 polytechnic colleges.