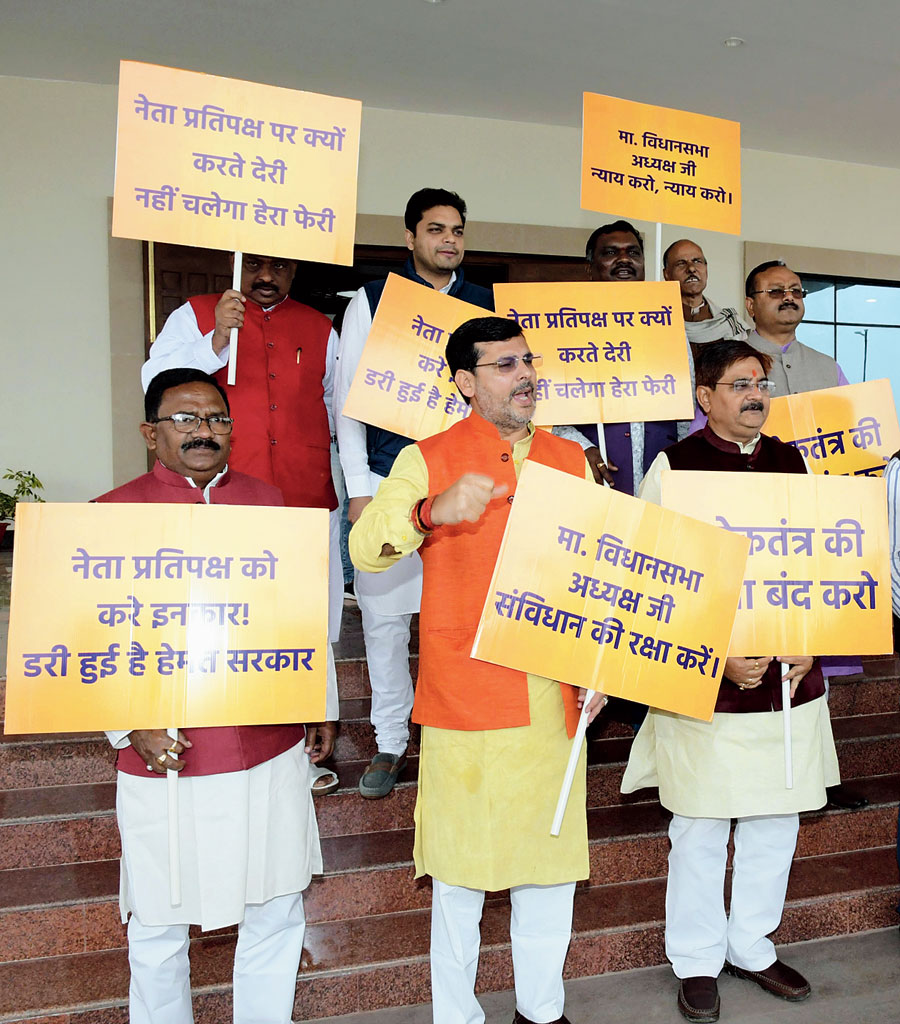 Issues of public interest were discussed on Thursday as part of the ongoing budget session of the state Assembly, in a departure from the ruckus of the past few days.

The change transpired as Babulal Marandi, whom BJP MLAs made their leader of the Opposition on February 24 after the merger of JVM in the BJP, but did not get this recognition from the Speaker over doubts on the merger’s technical validity, spoke up.

Marandi assured the Assembly that there would be no BJP protests in the house over the leader of Opposition.

“Public issues are not getting attention due to repeated disturbances on this issue,” Marandi said in the morning. He asked Speaker Rabindra Nath Mahato to choose “anyone from the ruling side” as a temporary leader of Opposition to ensure serious discussions on public-related issues took place. He reminded the house that the Election Commission had approved the merger.

Speaker Mahato, while appreciating this gesture, said he would take a decision soon after taking legal opinion.

Issues of public interest took up the rest of the day. MLA Saryu Roy raised the issue of alleged corruption in the purchase of equipment in Jharkhand Milk Federation, and later, the Incab case pending before the NCLT in Calcutta.

Ajsu MLA Lambodar Mahto, supported by CPI(ML)’s Vinod Singh, raised the alleged starvation death in a Bokaro village and asked for action against bureaucrats who did not facilitate ration.

MLA Pradeep Yadav drew notice to Jharkhand Public Service Commission (JPSC) exams, whose latest edition has been put on hold over a rethink on the reservation quota. CM Hemant Soren said that government would soon make a rule for proper functioning of JPSC exams to ensure that no one was deprived of rights.