Protestors allege that they aren’t being employed, promised to them when they gave away their land for the Pankri Barwadih project 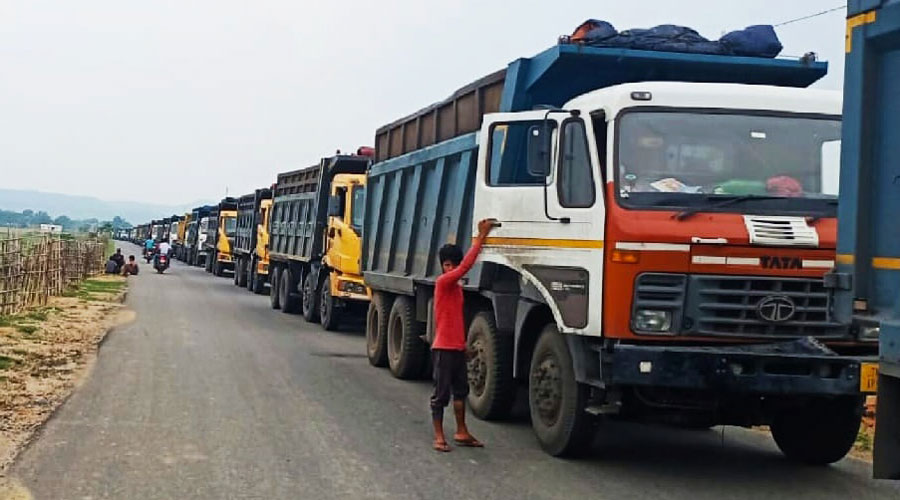 The villagers demanded that NTPC should check their pollution levels, and also create employment for locals. Numbering in hundreds, they blocked the road which is a crucial link for coal transportation. NTPC general manager Prashant Kashyap informed that the corporation suffered massive loss as  coal laden vehicles couldn’t reach them.

Villagers started gathering at 4 in the morning, making circles on the road to follow social distancing. They sat within the demarcated circles, alleging they have been cheated by NTPC and the local administration.

The villagers gave their lands to NTPC for their Pankri Barwadih project, with the promise of employment. On June 12, they handed a memorandum to deputy commissioner Bhuvnesh Pratap Singh, requesting him to ensure the fulfilment of their rightful demands..

Vaibhav Kumar, the circle officer at Barkagaon, reached the protest site and reasoned with the agitators. He assured them that all their demands will be met by July.22. The blockade was lifted soon after.

Following this, Amba Prasad, the Congress MLA from Barkagaon, reached the spot and charged officials for making villagers end their agitation without any written confirmation. She said transportation will not resume till the villagers are issued written assurances. Vehicles were again stopped after this. Only after she was convinced that talks will be held on July.22, transportation resumed.

Kashyap said NTPC kept transporting coal throughout the country, especially in times of need created by the Covid-19 lockdown. Arvind Dev, an officer of NTPC's outsourcing company Thriveni Sainik, said they are ready for talks and take the villagers demands into consideration.