BRIEFS: Former BJP MP Som Marandi and five others are granted bail in a case of relating to blocking railway tracks 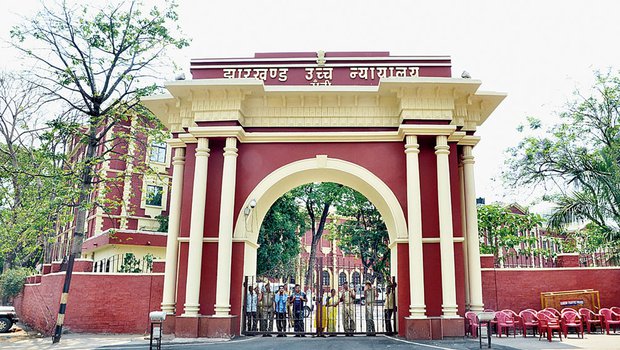 Jharkhand High Court on Thursday granted bail to former BJP MP Som Marandi and five others in a case of relating to blocking railway tracks during an agitation in 2012, and asked them to deposit Rs 35,000 each to the PM-CARES fund and download the Aarogya Setu app as a condition. Allowing the bail through video-conference, the bench of Justice Anubha Rawat Choudhary asked the six accused to provide evidence of the deposit and the download after being released, assistant public prosecutor Rakesh Kumar Sinha said. The five others are Vivekanand Tiwari, Amit Agrawal, Hisabi Rai, Sanchay Bardhan and Anugrha Narayan. They were arrested in February this year. A GRP court had held them guilty and sentenced them to a year in prison. Later, the sentence was confirmed by a court in Pakur district. The six then moved the high court.

More than 70 contract nurses of Patliputra Medical College and Hospital (PMCH) on Friday protested the lack of safety gear. The protest was defused when PMCH superintendent Dr Arun Kumar Chaudhary assured the nurses.

Manik Kishku, 54, was trampled to death by a wild elephant at Saldoha village under Pathra panchayat at Baharagora in Ghatshila sub-division of East Singhbhum district on Friday morning. Police said Kishku was returning home from a nearby field when he was attacked. Villagers rushed him to a local hospital where doctors declared him as brought dead. The forest department has paid Rs 25,000 to the victim's family and assured them of Rs 3.75 lakh as compensation later.

A Class X student was found hanging from the ceiling fan at his home in Hurlung village in Chatrochati on Friday. Police said after his parents left for work, the boy hanged himself with a rope. “We do not know the reason behind the suicide as we did not find any note on the body or in the house. We are investigating,” said Mukesh Kumar, the local police station officer in-charge.

East Singhbhum deputy commissioner Ravi Shankar Shukla on Friday held a meeting with all the six MLAs of the district and Jamshedpur MP Bidyut Baran Mahato at the district collectorate for collection of information from the lawmakers’ areas on workers stuck in other states and needy persons in the Jharkhand so that government benefits can be provided to them.

A state MLA has gone in for self-quarantine after he reached the district hospital here with complaints of headache and fever. “His swab samples have been sent to RIMS in Ranchi and the report is expected soon. He has gone in for self-quarantine,” said civil surgeon Dr Awadhesh Kumar Sinha. The MLA on Friday posted on his Facebook account that he was unwell “so please do not come to my home to meet me till further notice. I won't be able to get out either.”

A low intensity Nor'wester lashed Jamshedpur and its adjoining areas, resulting in thundershowers and lightning, on Friday evening. The local IMD observatory in the steel city recorded 9mm of rain with wind speed of 25kmph. Weathermen said the summer saviour storm was triggered due to the impact of a cyclonic circulation.

Three new cases of the novel coronavirus were confirmed in Jharkhand on Friday, principal health secretary Nitin Madan Kulkarni said. All three are from Ranchi. With this the state count rises to 32, including two persons who have died of Covid-19-related causes.