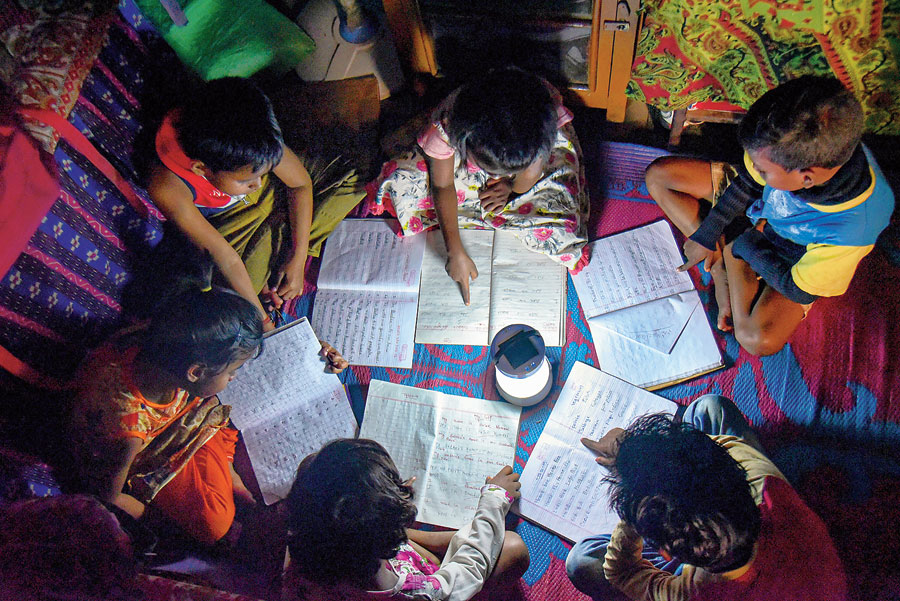 The Damodar Valley Corporation (DVC) rationing power supply to recover dues worth Rs 4,995 crore from Jharkhand Bijli Vitran Nigam Limited (JBVNL) has thrown life out of gear in seven districts of the state.

The situation is so acute that MLAs across party lines raised the issue in the Assembly on Thursday.

CPI(ML) legislator from Bagodar Vinod Singh and the BJP’s Bokaro MLA Biranchi Narayan brought to the notice of the House the massive power outage that has crippled lives in DVC command areas of Bokaro, Giridih, Hazaribagh, Koderma, Ranchi and East Singhbhum. Hazaribagh MLA Manish Jaiswal also urged the Speaker to intervene, and met Hemant Soren to seek the chief minister’s help for a resolution.

“The CM said a payment of Rs 200 crore will be made to the DVC by today (Thursday) and the situation was expected improve in a day or two. I also recommended the integration of the entire Dhanbad district under the newly established Kandra grid power station to reduce the dependence on the DVC,” Sinha said.

In Dhanbad, residents of Jharia, Kendua, Karkend and Putki have had to go without water since Tuesday. Civic body Mineral Area Development Authority (Mada), which supplies Damodar water through its Jamadoba water treatment plant, has not been able to fill up the tanks due to repeated power cuts.

Dhanbad town, where water from the Maithon lake is supplied by the drinking water and sanitation department, also had to go thirsty.

“We have to keep operating the generators continuously and incur extra expenditure,” said Jharia resident Amit Sahu, who owns a guesthouse. “Water was supplied for only half an hour in Jharia yesterday (Wednesday). Today, we didn’t receive even a drop.”

Members of the district unit of Jharkhand Mukti Morcha and Yuva Sangharsh Morcha burnt the effigies of JBVNL and DVC at Randhir Verma Chowk in Dhanbad to mark their outrage over the outage.

Ramkrishna Singh, state general secretary of Jharkhand Bijli Kamgar Union, said: “The DVC’s pressure tactic to realise the dues that have been accumulating for 10 years is inhuman. It could have taken legal recourse instead of punishing the common man.”

Hazaribagh deputy mayor Rajkumar Lal on Thursday led a team of councillors to the DVC office in the town and threatened officials of action if the situation did not improve.

Many ATM kiosks in Hazaribagh downed shutters in the absence of power.

Utkarsh, a student of St Xavier’s School in Hazaribagh and who is taking his matric exams, said: “Studying by the candlelight after dusk is putting a lot of strain on my eyes. I am afraid my performance in the exam will get affected.”

Koderma, where seven out of the 11 substations draw power from the DVC, is getting just about 5-6 hours of electricity supply per day.

Sarwar Hayat Khan, manager of Health Map Diagnostic Centre at Koderma Sadar Hospital, said: “Patients have to wait in long queues outside diagnostic centres for X-ray or ultra-sonography in the absence of power.”

Civil surgeon Dr Parvati Nag said incubators at the neo-natal care unit and the refrigerator of the blood bank would stop working if the outage continued.

“Some life-saving drugs need to be kept in deep freezers. They will also be rendered useless,” she added.

Several areas of Ghatshila subdivision of East Singhbhum district, which gets power from the Mosabani grid sub-station, were also at the receiving end.

“There was a blackout in our locality on Wednesday night. We were not even able to operate the submersible pump to fill up the overhead tanks,” said Sushant Kumar, a resident of Dahigora.

Mosabani homemaker Shanti Bhowmick said she had been buying water for the last two days and thanked the recent spell of rain for keeping the mercury in check and making things less punishing.

“This is nothing but a deliberate move to discredit the newly elected government in Jharkhand. The financial mismanagement by the earlier BJP government has led to this mess,” Dubey said.

The JMM’s Tundi MLA Mathura Mahto alleged that the DVC was creating problems for Jharkhand residents at the behest of the central government.

“The DVC didn’t have a problem with the Raghubar Das government, which misused the state exchequer but did not pay the electricity dues. Now, the DVC is creating trouble for the current dispensation,” he said.