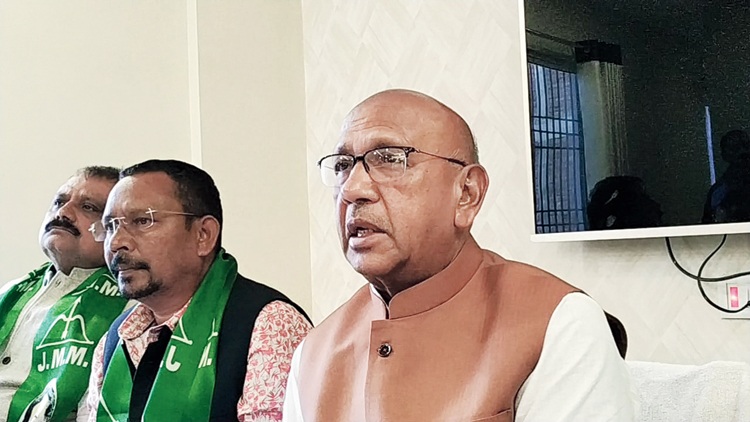 “Due to wrong policies of Das the economic condition of the state is in a shambles. I have raised issues regarding corruption in the Raghubar Das government within the party and even spoke to Prime Minister Narendra Modi in 2017,” Roy said. “The Prime Minister was very responsive and asked me to share my concerns with the party organisation.

“Party president Amit Shah did try to patch things up between me and Das but it did not last long,” Roy added. “I often raised my voice against wrongdoings in the government.”

He claimed that the BJP, which has given the war cry of winning more than 65 of the 81 Assembly seats, would struggle to cross 15.

“In the 15 seats where elections were held yesterday (Monday), the people say that the BJP will get four or five seats,” Roy said. “The people of Jharkhand have made up their mind to change the government this time and the next government that will be formed under leader ship of Hemant Soren.”

Roy said that the BJP was scared was evident from top party leaders coming to Jharkhand for campaigning, specially the Prime Minister Narendra Modi himself reaching Barhet Assembly constituency.

“Sometimes it seems questionable whether Jharkhand is a full state or a Union territory,” he said. “Regardless of how much the Prime Minister tries, the public has lost its trust on the state government. I have been accusing the government of corruption since 2015. I met the Prime Minister in 2017, I told him about the failure of Das's government but the PM did nothing.

“Whenever I meet the people they say that the Hemant Soren government was better than the Das government. I have raised many questions on corruption but I have not received any answer from the BJP state president and organising general secretary,” Roy added. “They act like domestic servants of the chief minister. They don't answer anything and don't seek answers from the CM.”

Roy iterated that he had told “told the Prime Minister and Amit Shah many times” about corruption in the state government.

“They did not correct them (the state leaders) and instead corrected me,” Roy said. “The government did not do any work for the last five years about the (agitating) para-teachers. I levelled many allegations but the high command also remained silent and told me that ‘you stay in the government and oppose the government’.”

Roy said the chief minister kept to himself 16 of the state government’s 30 portfolios.

“All creamy portfolios were kept with them (Das and his friends) and all the departments have scams,” Roy claimed.

The former minister also attacked the government on issues, alleging that in the current situation the people here will no longer trust the government of absolute majority . There was a goverment of double engine yet the leaders here completely failed to develop the state . All the big leaders in their campaign talk about the article 370, none of the central leaders talk about the achievements of the state .The central leadership has also became frustrated and wherever the prime minister addresses the public gathering it lacks relevance.