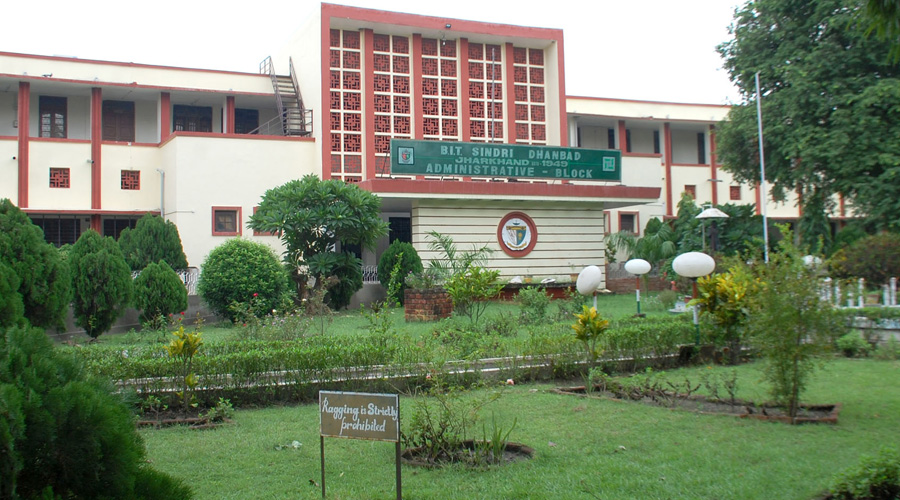 All this, as altogether 508 B Tech 2022 pass out batch students out of a batch of 750 students have already secured jobs during campus placement so far.

The highest ever package Rs 28 Lakh Per Annum (LPA) ever since its establishment has been secured by Shailesh Anand, a B Tech student of Electronics and Communication Engineering (ECE) who was offered the position of Technical Support Officer in Google on January 29.

Talking to The Telegraph Online today, BIT Sindri, Training and Placement officer, Ghanshyam Rai who is also the Senior Administrative Officer of the institute said, “The biggest recruiter for us this year so far turned to be Cognizant, American Multinational Information Technology Services and Consulting company which offered 87 jobs to BIT Sindri B Tech students for different pay packages ranging from Rs 4 LPA to 6 LPA. This was followed by the job offer of 66 by Vedanta Limited.

Branch wise, the highest number of placements has been secured by Electrical Engineering which got 78 job offers followed by Mechanical Engineering, Electronics & Communication Engineering and Information Technology which received 57,55 and 54 offers respectively.

“As the placement of two more branches by Vedanta Limited is due, we are expecting the number to go further high,” said Rai and added that recently,15 students of Production Engineering have secured placement in Vedanta Limited for the position of Graduate Engineer Trainee for a pay package of Rs 9.45 LPA.

Philips Carbon Black Limited on the other hand has offered jobs to three students on January 28 for a pay package of Rs 5.25 lakh including, two students of Electrical Engineering and one student of Chemical Engineering.

“Apart from job offers, several of our students have also received internship offers from prominent recruiters. Ankit Kumar, a Computer Science Engineering 2019 entry batch has received an internship offer from Schlumberger PITC, a leading name in the world of IT Industry as IT products, services and solutions developed and supported at PITC are helping the organization keep pace with digital advancement in a large universe of technology” said Rai.

Earlier on January 15, nine B Tech students including five of IT and four of Electronics and Communication Engineering have received internship offers from Samsung, while on December 29 Piyush Harsh, an Electrical Engineering student received a research internship offer under, Maobe Ma, Research Professor in Computer Science Network Security and Wireless Networking at Qutar University, Doha.