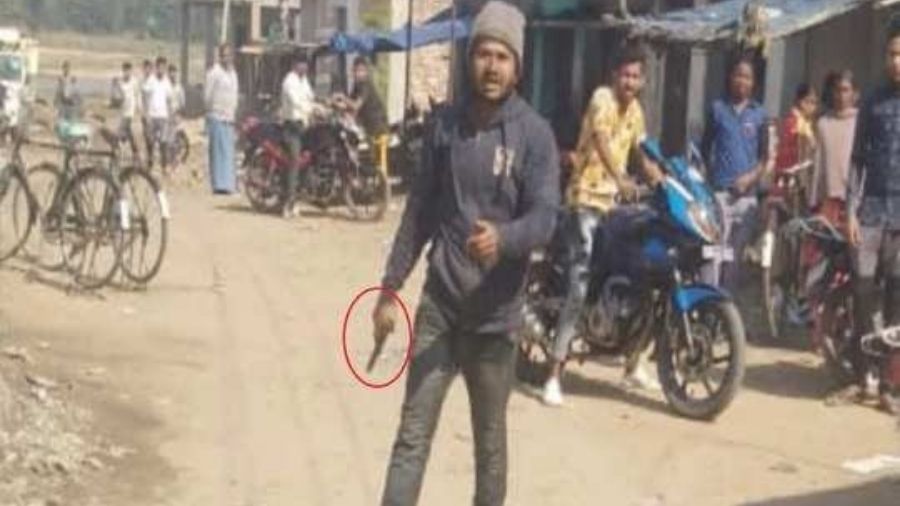 A passerby was accidentally injured in a gun attack on Wednesday when a bullet missed its target, meant to be fired at the BJP mandal chief Pratappur in Chatra by a youth.The victim was immediately rushed to the Pratappur community health centre, following which he was sent to the Magadh Medical College in Gaya, Bihar, owing to his critical condition. He was identified as Ramdhir Yadav, a resident of Sherghati in Gaya.

The incident took place on Wednesday evening, at Sildaha bazar under Ghorighat panchayat of Pratappur block, in view of a land dispute between BJP leader Prem Kumar and his relatives regarding a plot in the local bazaar area. Both the sides got involved in a war of words after reaching the plot, and the verbal fight escalated and a youth from the other side suddenly took out his revolver, aiming it at Kumar and threatening to kill him.

Before anyone could understand anything, he fired on Kumar. However, the bullet missed him and landed on Yadav, who was visiting his in-laws in Pratappur.

The youth was identified as Vikas Kumar Vicky, nephew of the BJP leader.

The Ghorighat police, on receiving information, arrived at the spot and launched a probe into the incident, aiming to find the culprit who sped the spot immediately after firing.

Ghorighat police station’s officer-in-charge PC Sinha said Vicky escaped to Bihar and a hunt has been initiated to nab him.

According to Kumar, the accused is of a criminal background and he was creating trouble for him despite the fact that an agreement had taken place regarding the land issue.

Yadav said he was on his bike when all sudden, a bullet hit one of his legs. His father-in-law, Naresh yadav, demanded punishment for the accused.

In another similar incident, four persons sustained severe injuries in Mahuganyi village under Pratappur block on Wednesday afternoon. The incident took place when two sides started making claims on a 36-decimal, resulting in a verbal war. It took ugly turn when both sides attacked and injured each other. All of them have been admitted to the local health centre in Pratappur. An FIR has been lodged in this regard.