Palamau Tiger Reserve on alert after signs of tigers returning 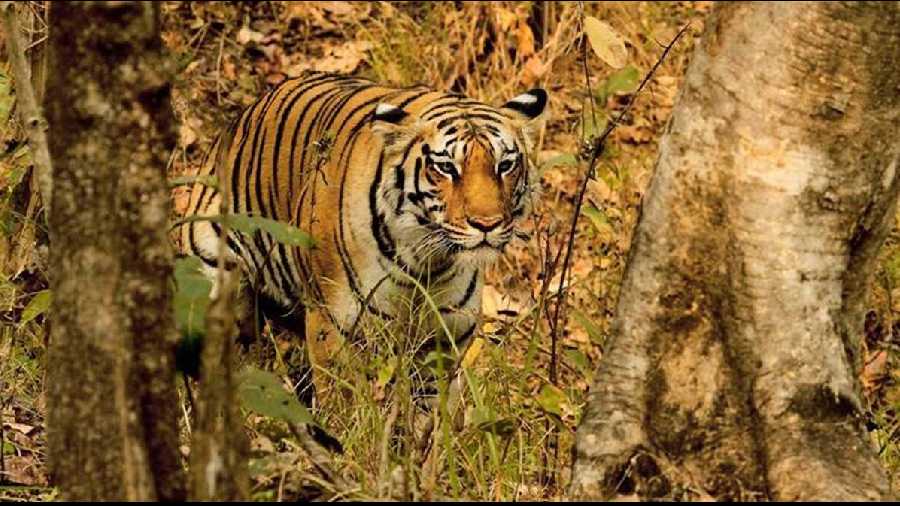 With signs of tigers' returning to Jharkhand's lone habitat for big cats, Palamau Tiger Reserve (PTR), foresters have placed their personnel on high alert to protect and and conserve the king of the jungle, an official said on Saturday.

Wildlife Institute of India (WII), Dehradun, has recently informed the PTR management that there is evidence of the presence two tigers in the reserve, claimed PTR field director Kumar Ashutosh.

A letter received from the WII about a week back confirms that the reserve has two tigers. The confirmation was made following an analysis tiger scats. We have been sending scat samples to WII from November last year. The genetic analysis of scats sent this year confirms of two tigers and ten leopards in the reserve, Ashutosh told PTI.

He, however, said the tigers have not been trapped in camera yet nor they been sighted visually by any officials. The development comes as the state celebrated World Tiger Day Friday.

The reserve managers claimed they had taken all precautionary measures to hide locations of the animals in a bid to protect them from poachers and other potential threats.

We are maintaining secrecy of the locations where tigers may be located in a bid to protect them from unnecessary trouble either by the poachers or common visitors, he said.

The Palamau Tiger Reserve which was teeming with tigers in the 1970s, reported nil tigers in 2018. Though a tigress was found dead in February 2020.

Pointing to the reasons for declining tiger population in the reserve, former state wildlife board member DS Srivastava told PTI that dwindling prey base, frequent gunfight between police and Maoists, development works, rail and road routes and rising population of domestic cattle are the major reasons that forced tigers to leave the reserve.

Former principal chief conservator of forest (wildlife) LR Singh said, Irony with PTR has been that the major plans and schemes which were chalked out for improving the habitation for tigers remained mostly on papers. They have never been executed properly for one reason or the other.

He said they had proposed a massive uniform grass land development work to increase prey base for the big cats but the plan still stuck on one pretext or the other.

Singh added a scheme of constructing a watch towers every 10 square kilometers in the reserve had been rolled out for surveillance and monitoring. But, it was later turned down.

The PTR authority, however, claimed that it has been working on a slew of projects to revive the tiger habitat.

We have recently submitted a proposal of tiger safari, which will include tiger, leopard, bison and deer, to the government. Once we get nod in-principle from the government, we will send this proposal to Central Zoo Authority (CZA) for its approval so that animals, mainly the tiger, could be brought from other states, PTR field director said.

He said that they also forwarded a proposal of setting up four soft-release centres in the reserve in a bid to increase the prey base for tigers. In soft-release centres, cheetals and sambhars would be reared and they would later be released in forest.

PTR was one of the first nine tiger reserves of the country during the inception of Project Tiger. The first tiger census, based on pugmark count, was carried out in PTR in 1932 under the supervision of then Palamu Divisional Forest Officer JW Nicholson.

The reserve is a dense forest of sal and deciduous forests and bamboo groves which is also a watershed area for the Koel, Burha and Auranga rivers.