With thirty fire blowers and battery of men on patrol, the officials have measures in place 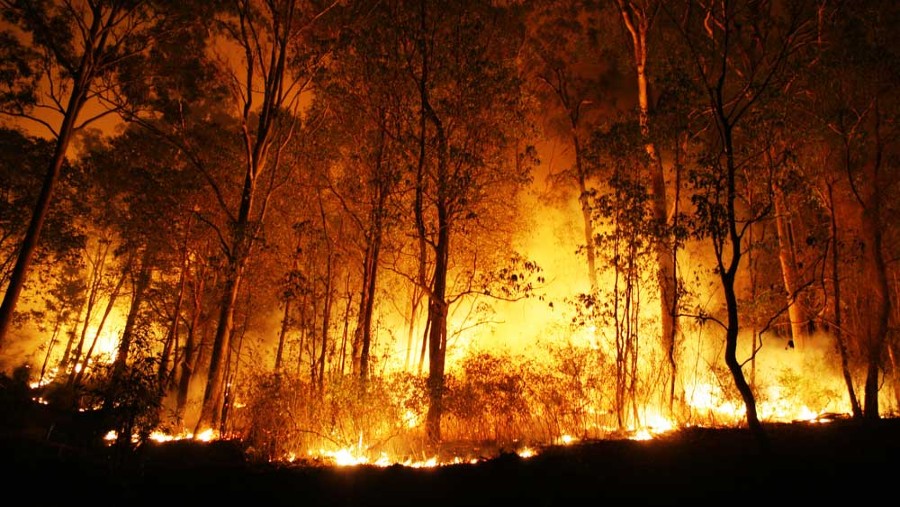 Bio diversity gets a jolt during such fires
Representational picture from Shutterstock
Our Correspondent   |   Daltonganj   |   Published 17.02.21, 11:02 PM

Palamau tiger reserve (PTR) is gearing up to fight surface fire as the time for such mishap inches closer. The period between February and June is termed as the fire months for the reserve. According to sources, during this time span the forest witness instances of surface fire, which is quite unlike the ones that take place in American or Canadian jungles

Deputy director south division of PTR Mukesh Kumar said, “We are right on the alert.” He added, “Early onset of summer lengthens the fire months in the tiger reserve.”

Explaining the reason behind the fire, stated, “It’s a dry deciduous forest. So, at the onset of summer it witnesses a huge leaf fall. The more the leaves fall, the more are the chances of forest fire taking place.”

According to Kumar most of these fires are caused by man. “This forest area has mahua trees in abundance. The villagers collect its fallen fruits day and night, to make country liquor. To reap a clean harvest, they burn the dry leaves. At times these fires go out of control,” said Kumar.

According to sources at times villagers have caused fire simply out of revenge. “Often the ground staff bar them from stealing timber or chopping trees. So, villagers at times cause fire at the forest area out of revenge,” said a source.

Talking about tackling fires at PTR, Kumar mentioned that the tiger reserve is equipped with thirty fire blowers. The ground staff have been trained to use the fire blower to fight fire.

Kumar, “All the 30 fire blowers are in order.” On being asked why water is not used to fight forest fire, he said, “Fire in the tiger reserve is not extinguished with water. It is just not possible at all. Fire line is used to stop surface fire from further spreading.” He added that they have men patrolling the jungle to spot fire. He added, “ Our men work hard. Remember extinguishing forest fire is not an easy task.”

“Significantly, there has been no loss of wild life by such fire. Eggs of birds, peacocks, worms, insects and snakes are harmed. Needless, it is the bio diversity that gets a jolt during the fires,” noted environmentalist D S Srivastava. He said, “Various eco development committees need to be activated by the tiger reserve officials for better fire fighting measures.”

Srivastava warned the official to be on red alert. He said, “We expect a hard summer and that means more vulnerability to fire.”