Padma winner on road ahead

Eminent Santhali scholar Digambar Hansda (78), who has been selected for the prestigious Padma Shri award this year, feels he still has a long way to go. 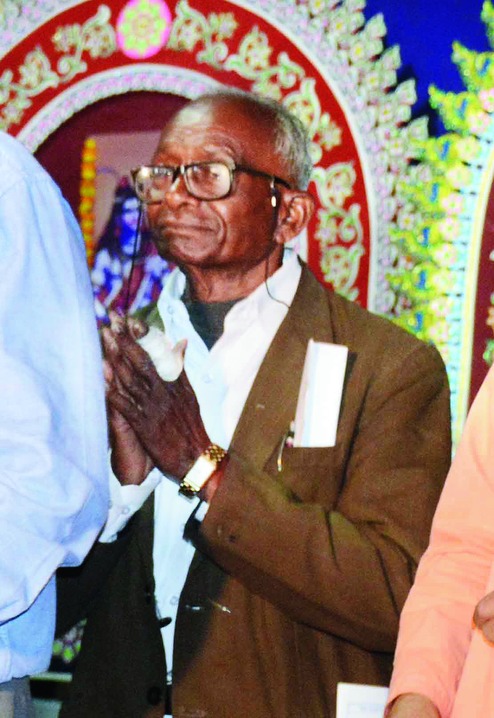 Jamshedpur: Eminent Santhali scholar Digambar Hansda (78), who has been selected for the prestigious Padma Shri award this year, feels he still has a long way to go.

A resident of Karandih in East Singhbhum, Hansda is being honoured for his contribution to literature.

Born on October 16, 1939 to a farmer family at Dobhapani village of Ghatshila block, Hansda has dedicated his life to the promotion of Santhali literature and education among tribal youth, but feels he still has a lot of work to do. "I am happy but this is not the end. There is so much more to do. I still feel that tribal youths need to understand the importance of education," he said.

Hansda completed his secondary education from Manpur High School in Potka block followed by post-graduation in political science from Ranchi University. He worked for Tisco Adivasi Co-operative Society, which was engaged in welfare activities during the early1960s. He also played an instrumental role in setting up schools in the steel city and rural areas and introducing tribal languages in colleges.

Hansda also served as the principal of Karandih-based LBSM College.

"The journey has been long. From opening schools for children to Padma Shri. Holding on to one's roots and developing is difficult, but we still need to do that," he said.