Over 3.5 lakh appear for JPSC prelims across Jharkhand

Most examinees find papers 'easy' without any 'tricky' questions 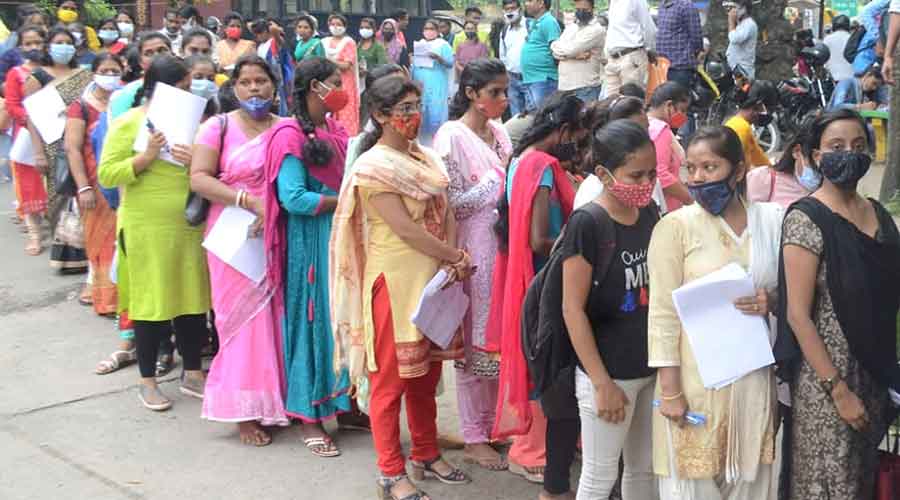 More than 3.5 lakh aspirants appeared for the prelims of the Jharkhand Public Service Commission (JPSC) examinations that were held in two sittings on Sunday for shortlisting candidates for the main exams to vie for as many as 252 civil service job vacancies .

The tests for General Studies I and General Studies II were held at 1,102 centres across the 24 districts in Jharkhand and most aspirants found the questions to be easy for anyone who has put in at least “some effort” in preparing for the tests.

“The papers were easy. There were no tricky questions, and anyone who has put in some efforts to prepare for the tests would score well,” said Pintu Kumar, an aspirant at Hatma Government School in Ranchi.

Most of the aspirants appeared satisfied with their performance after the first sitting of the exam from 10am to 12pm. Prashant Mahto, an  aspirant at Hatma School, said that  chances of scoring high and clearing the exam were higher as there was no negative marking.

“The fear of negative marking often keeps us from attempting questions even if we have a little doubt over the answer. The paper was easy and we had the freedom to attempt all the questions,” said Mahto.

Both the papers only had objective questions and the candidates had to mark the answers on an OMR sheet. The questions were mostly based on general knowledge and some of them were related to Jharkhand, the aspirants said.

The sixth JPSC exam, which is still in dispute, was held in 2016. So, the prelims  held on Sunday were for JPSC seven, eight, nine and 10 with candidates who meet the eligibility criteria from the year 2017 to 2021.

The Jharkhand Cabinet in February decided that candidates who were 35-year-old or younger on August 1, 2016 will be eligible to appear for the JPSC exams – a decision that also gave working professionals with over a decade of experience a chance to crack civil services.

Earlier, the government had decided to conduct the prelims  for JPSC on May 2, but the exam had to be postponed due to the Covid-19 situation in the state. The exams on Sunday were conducted amid strict adherence to the Covid-19 protocol, officials said.

All the aspirants had to wear face masks and maintain social distancing inside the exam centres. The aspirants were also advised to carry hand sanitisers to the exam halls and were allowed to enter the centres after thermal screening.

JPSC issued admit cards to as many as 3,69,327 candidates for the prelims tests. The ones who clear the prelims will go on to appear for the JPSC Main exam and the ones clearing it will fill up the 252 vacancies.