Advertisement
Home / Jharkhand / Over 1.67 lakh get vaccinated in Jharkhand

Over 1.67 lakh get vaccinated in Jharkhand 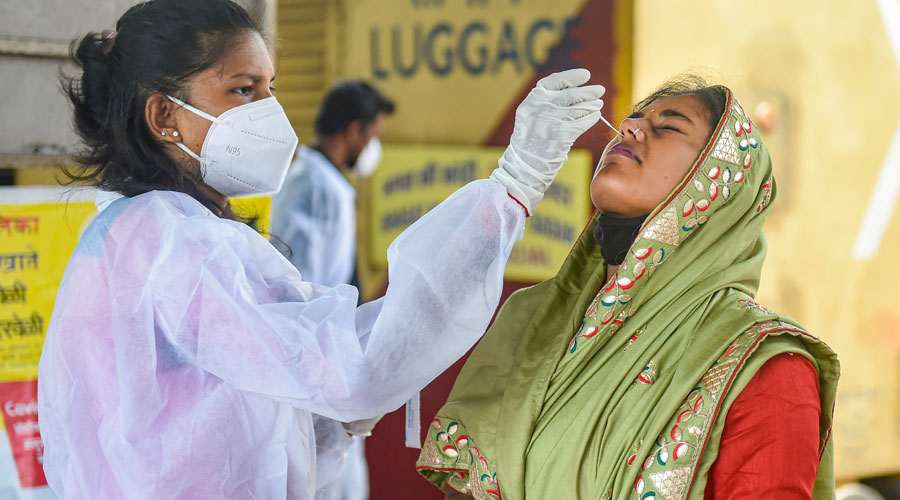 Jharkhand on Sunday vaccinated more than 1.67 lakh residents against Covid-19, while the active caseload of SARS-CoV-2 infections dropped to 127, data compiled by the health department highlighted.

As per provisional data released by the National Health Mission (NHM), the state on Sunday administered the first dose of vaccine to as many as 1,14,575, while the second dose was administered to at least 52,694 beneficiaries. More than 1.20 lakh beneficiaries were between 18 and 44.

A document from NHM highlighted that East Singhbhum alone vaccinated more than 35,000 residents on Sunday, the highest among the 24 districts in Jharkhand.

At least 12 Covid patients recovered from the viral infection and 11 people were found infected by coronavirus in Jharkhand on Sunday, a separate bulletin from NHM stated.

While none of the 24 districts reported a double-digit-spike in cases, Ranchi, Dhanbad, West Singhbhum and East Singhbhum reported two Covid cases each. Ramgarh, Deoghar and Khunti reported one case of the viral infection each. At least 17 districts did not report fresh Covid cases.

As per government data, at least 74 people were battling the viral infection in Ranchi by Sunday night, while the count of active cases in East Singhbhum was nine. In Dhanbad also, nine people were suffering from Covid-19.

According to a press communique released by the health department on Sunday evening, the state has so far administered the first dose of vaccine against Covid-19 to more than 1.17 crore residents and at least 31 lakh of them have also received the second jab.