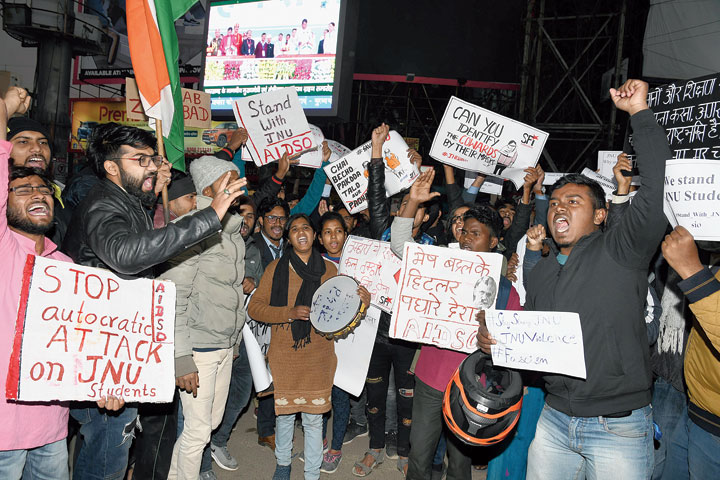 Baton-wielding cops stood like a wall as two opposing groups of youths had a face-off at Albert Ekka Chowk on Monday evening.

Both groups waved the Indian Tricolour.

As announced beforehand, a group of youths assembled at the chowk to protest the JNU attack around 5.30pm. But hardly had they reached, another smaller group sprang up from nowhere and started shouting counter-slogans. Within a few minutes, another group of students, comprising a good number of girl students, joined the group that was denouncing attack on JNU students, outnumbering their opponents by a large number.

“The JNU attack must be condemned and ABVP should be banned the way once RSS was banned,” said Ankita Agarwal, a student of political science of the City University of New York, visiting her family in Ranchi, who joined the protest.