Lockdown has certainly caused many problems but we must see that no one sleeps hungry: Hemant Soren 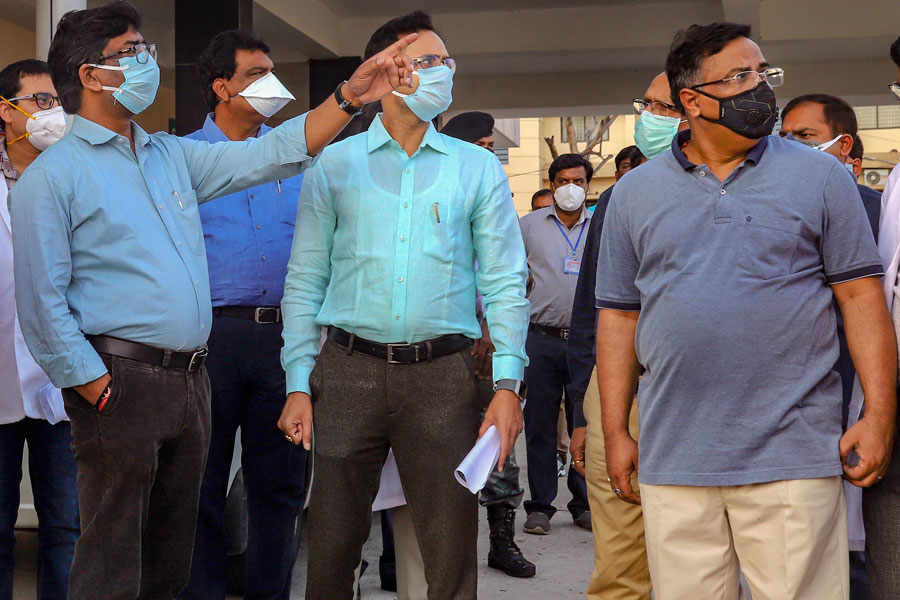 The government and various social organisations have come forward to help the poor and the needy during the lockdown.

“The sudden lockdown has certainly caused many problems but we must see that no one sleeps hungry,” chief minister Hemant Soren said after inaugurating a Chief Minister's Kitchen near Morabadi ground here on Tuesday.

He distributed cooked food packets among the needy present there and flagged off delivery vans loaded with such packets from the kitchen for distribution at different areas of the city.

The kitchen has been opened by the state government in association with the local chapter of Round Table that is looking after the arrangements. The kitchen prepared 5,000 food packets for distribution among the needy at various parts of the city on Tuesday.

“Three or four more such kitchens will also be opened soon at places like Ranchi Club and Haj House,” the CM said.

The CM also appreciated that NGOs and other social organisations were doing their bit at this difficult time and urged people to be patient and cooperative.

Many organisations have come forward to arrange food for the needy and those stuck in Ranchi.

Y's Men's Club, Rotary Club of Ranchi South and Stambh, an NGO, got together to feed many needy people.

“We started by distributing 550 food packets on Monday, raised the number to 800 today and will continue doing it till April 14,” said Rathin Bhadra of Y's Men's Club, adding they distributed food in places like Tiril Basti, Kokar and Hundru Basti near Ranchi airport.

“We began by distributing 100 packets, each containing 10kg rice, 2kg potato and 1kg pulses among villagers at Labet near Ranchi and also 150 food packets on Monday and will try to do so during the lockdown period in whatever way we can,' said Puneet Dhandhania of the Ranchi unit of JCI (Junior Chamber International).

The Gurudwara Sri Guru Nanak Satsang Sabha on Ratu Road is “distributing 300 food packets daily for the past six days in Sukhdeo Nagar police station area and will continue it till the lockdown is lifted,' informed Naresh Papneja of the Gurudwara.

“People keep coming to our dharmshala for shelter and food. We are now distributing 500 cooked food packets daily out of which 100 packets are given to the Ranchi district administration,” said Kamal Jain, an office-bearer of the Digambar Jain Samaj that manages the Digambar Dharmshala at Kishoreganj. “The rest is distributed at different localities on requirement. We have hired cooks who prepare the meals. Ranchi police are also engaged in food distribution hence we also supply cooked food packets to the police.”

He said the food distribution will continue till April 14.

“Mask is a part of the cultural life of Jain devotees and it has a scientific aspect also which the world is realising,” he said.

Similarly, the Agrawal Samaj is extending support to the district administration.

“We prepare 700 cooked food packets every day of which 400 packets are given to the Ranchi district administration for distribution,” said Manoj Bajaj, a member of the outfit. “The remaining food packets are sent to the Sewa Sadan hospital. Besides we also distribute food packets among traffic cops and other police personnel on duty.”

“They are offering exemplary services in our fight against the novel coronavirus,” the DC said. “We are currently in a position to provide shelter and food to around 2,400 people at a time.”