Senior residents meet health minister, who assures them that dues would be cleared in instalments 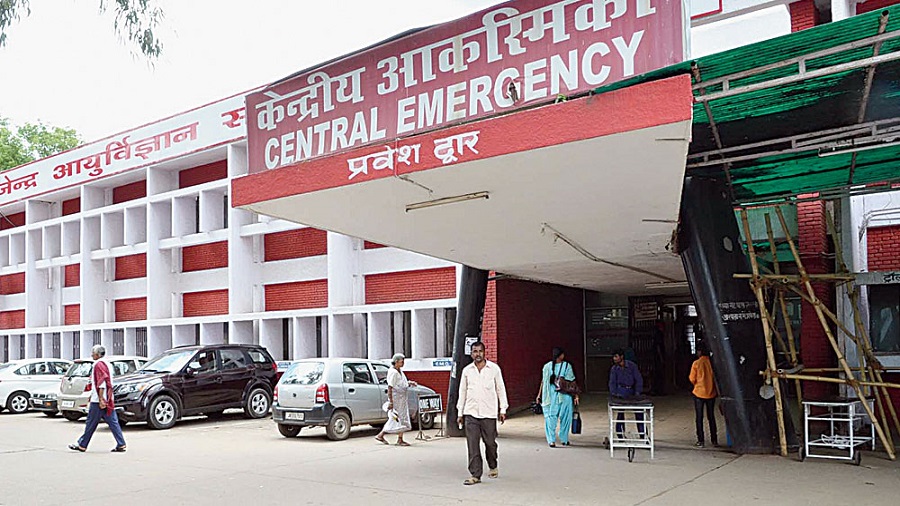 Around 800 junior and senior resident doctors across Jharkhand had boycotted OPD in all the medical colleges in the state as a mark of protest against the delay by the government in payment of their arrears.
Telegraph Picture
Our Correspondent   |   Ranchi   |   Published 11.03.21, 05:24 PM

OPD services resumed in all six medical colleges of Jharkhand on Thursday after state health minister Banna Gupta met a delegation of protesting senior resident doctors at his residence in Ranchi and assured it that the government would pay arrears of the Seventh Pay Commission in installments, the first of which would be disbursed by March-end.

“The strike in all medical colleges have been officially called off after the meeting with the health minister today. The government has admitted that our demands were legitimate and assured us that our arrears would be paid in installments,” said Dr Ajit Kumar, convener of the Jharkhand Resident Doctors Association (JRDA).

Around 800 junior and senior resident doctors across Jharkhand had boycotted OPD in all the medical colleges in the state as a mark of protest against the delay by the government in payment of their arrears due since 2016. Several patients were denied OPD services during the strike that started on March 9.

There are around 400 senior resident doctors in Jharkhand with arrears worth Rs 50,000 to Rs 3 lakh depending on their service period since the implementation of the Seventh Pay Commission, members of the JRDA said.

Gupta, who chaired the meeting on Thursday, said that the government was indebted to the doctors for their services during the Covid-19 pandemic and did not wish to see them unhappy. “We wish to see our doctors wear a smile on their faces when they are on duty. The government is committed to fulfill all their legitimate demands,” said the minister.

A member of the JRDA said that chief minister Hemant Soren himself had asked the chief secretary, health secretary and finance secretary to look into the matter and address the issue. Many protesting doctors were adamant to get at least 50 per cent of their arrears paid in the first installment, but eventually agreed to accept whatever the government offered considering the poor condition of the state coffers, sources present at the meeting said.

The meeting was also attended by representatives of the Indian Medical Association (IMA), which had on Wednesday written to the CM seeking his intervention.

The junior resident doctors of Rajendra Institute of Medical Sciences (RIMS) in Ranchi had called off their strike on Wednesday evening after a meeting with state health secretary K.K. Soan. However, the senior resident doctors continued with their protest until they got direct assurances from the health minister himself on Thursday.