Deoghar’s annual congregation, a signature event for devotees across the country, won’t be held because of the pandemic 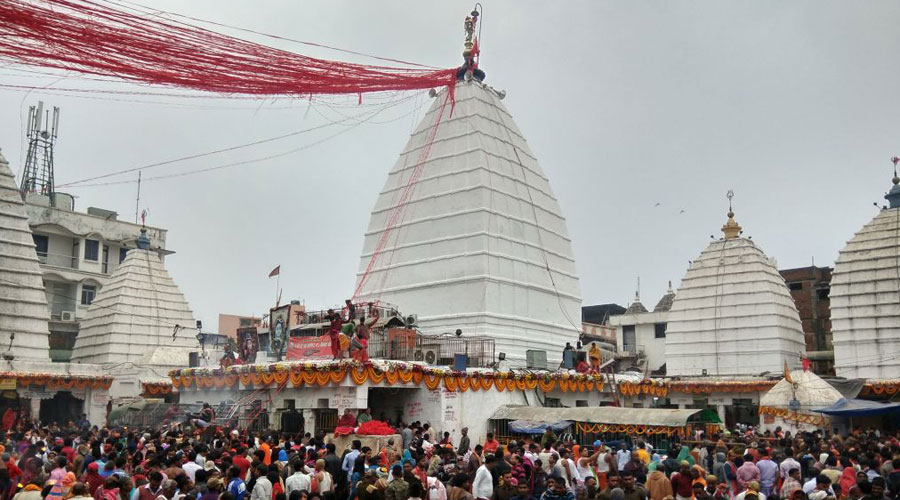 Jharkhand High Court denied permission for holding the annual Shravani Mela in Deoghar this year, citing the threat of the Covid-19 pandemic, but asked the state government to facilitate live streaming for devotees.

In its ruling which was not entirely unexpected, a division bench of Chief Justice Ravi Ranjan and Justice Sujit Narayan Prasad said on Friday that it was convinced with the logic of the Jharkhand government that a mass gathering at the religious fair could cause community transmission of the coronavirus.

However, the court directed the state government to make arrangements for virtual prayers during the holy month of Shravan.

“No Shravani mela this year is indeed painful. But we can’t endanger life of people. The government can make arrangements of virtual darshan for devotees,” the court observed.

The decision of the court was in line with what the temple authorities and local administration had come to accept, albeit reluctantly, that this year’s fair would not be held because of the pandemic. In fact, chief minister Hemant Soren also pleaded helplessness when he met members of the Deoghar temple management on Wednesday.

BJP’s Godda MP Nishikant Dubey had challenged the decision of the Hemant Soren-led government of not organising the fair in the wake of the pandemic and sought judicial intervention.

This is the first year when Sharavani Mela will not be held during the holy month of Shravan, the petitioner said. Dubey had earlier contended that daily prayers during the Shravani Mela in Deoghar and Basukinath were not stopped during worst of natural calamities in the past and even during epidemics like cholera and plague in the 19th century.

Chief minister Hemant Soren, while announcing relaxations of ockdown curbs earlier last month, had clarified that religious places would be the last to open in Jharkhand.