The jawan was shot in the shoulder, air-lifted to RIMS, Ranchi, for treatment 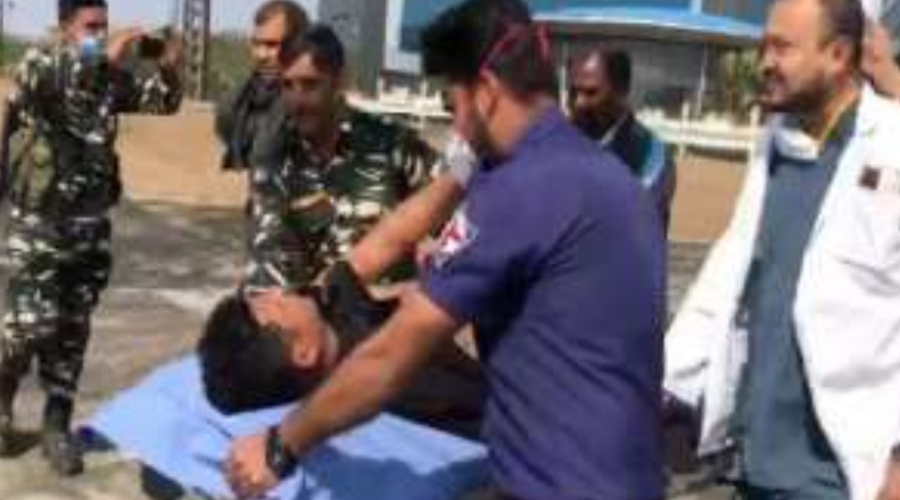 One CRPF jawan was injured in an encounter between paramilitary forces and CPI-Maoist rebels at the bordering areas of West Singhbhum, Khunti and Seraikela-Kharsawan districts under the West Singhbhum district about 80 km away from here on Sunday morning.

The injured jawan identified as Narayan Khetri (25) who is posted in the COBRA's 209 battalion of CRPF sustained gun-shot injury in the shoulder and has been air-lifted to RIMS at Ranchi.

Revealing about the encounter, West Singhbhum superintendent of police Ajay Linda said that the encounter took place while the police and paramilitary forces were carrying out a special operation at the bordering area of West Singhbhum, Khunti and Seraikela-Kharsawan districts.

"The special operation of the police and paramilitary forces were going on in the stretch of Rolahatu and Lanji jungle which is located in a triangular point in Toklo thana area in West Singhbhum near the border of Khunti and Seraikela-Kharsawan districts since early on Sunday morning. The encounter started at around 8.30 am after the rebels had started firing at the paramilitary forces," said Linda while talking to The Telegraph Online.

The superintendent of police said that in the encounter two rebels have also sustained bullet injuries, but the fellow rebels managed to take the injured rebels away while fleeing the spot. 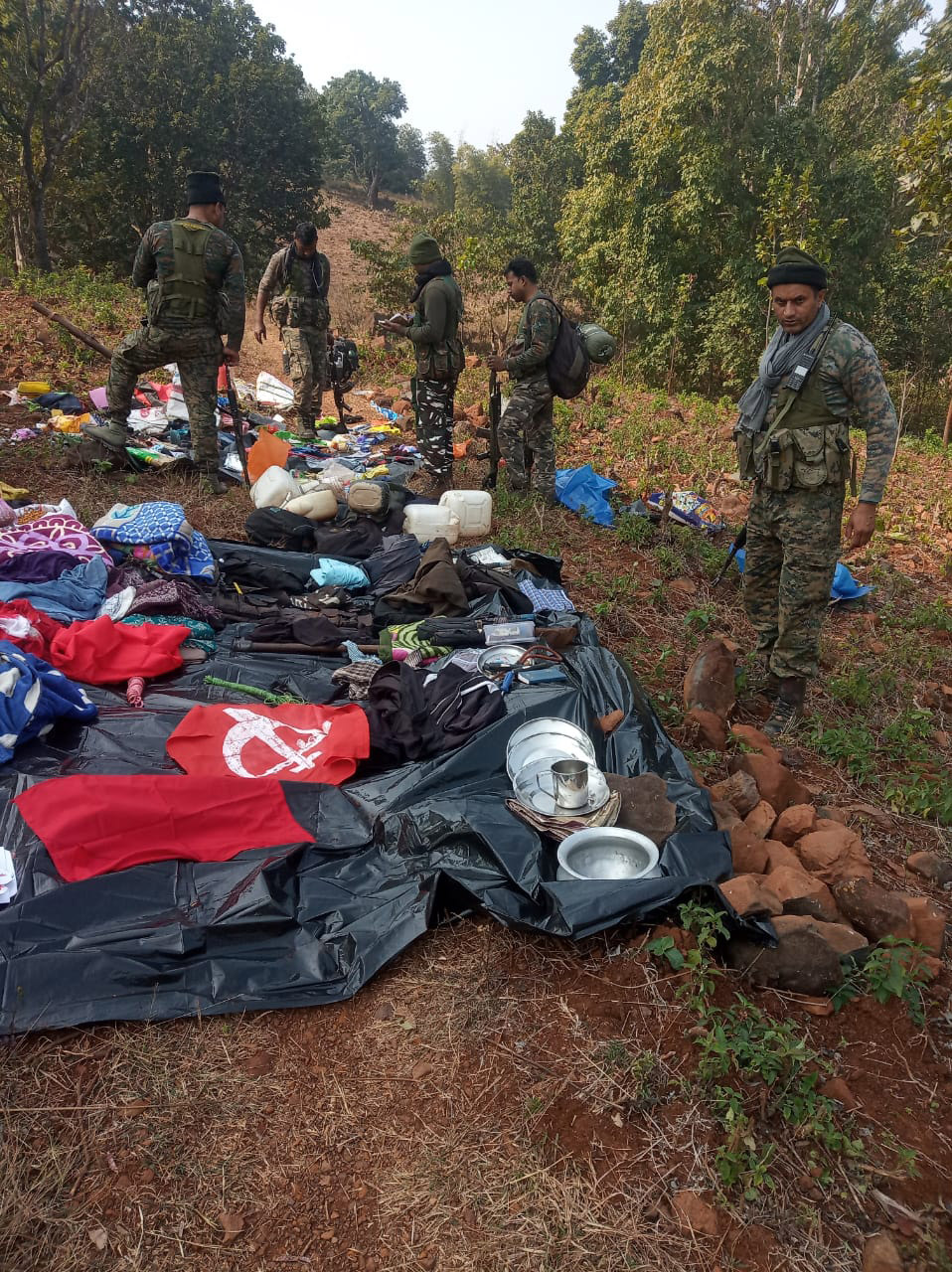 Paramilitary forces look at materials, including ammunition and IEDs, left by the naxals near the encounter spot in West Singhbhum on Sunday.
Telegraph picture

"We got the information regarding two rebels being injured in the encounter from the villagers who had seen the fellow naxals carrying them in their shoulders," he pointed out.

Linda said the police have recovered ammunition, IEDs, haversack and other materials from the spot of the encounter. He said from the investigation that followed it was learnt that the naxals were holding a camp at the stretch while keeping a watch on the operation by the police and paramilitary forces, and had resorted to firing at the forces as the latter had come close to them.

He said the encounter lasted for about 30 minutes, but seeing greater firepower from the paramilitary forces, the rebels fled the area, leaving their belongings including ammunition, IEDs and other materials.

The superintendent of police said soon after the jawan was injured, a helicopter was pressed into service and the injured was carried to RIMS. Linda said he was monitoring the condition of the injured jawan and he is out of danger, adding that a combing operation was going on in the adjoining areas of the encounter spot.