On World Water Day, Jharia lives through its daily trauma

Residents stay up at night, waiting for taps to spring to life; regular leaks, malfunctioning pumps to blame 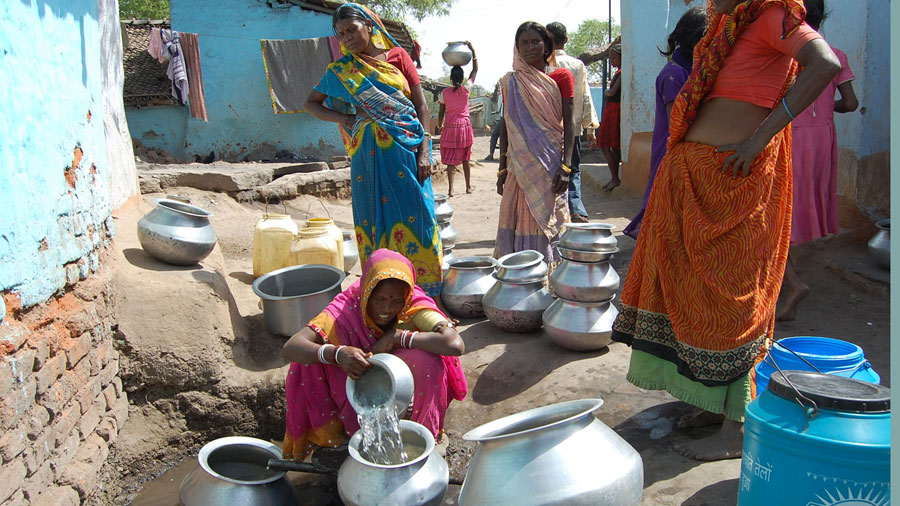 As the world celebrates water day on Monday, more than one lakh residents of Jharia are being forced to remain awake for the entire night, waiting for water to which comes during the odd hours of night after a gap of two or three days. The long queue of water outside the limited number of public water standposts are other glaring examples of water crisis in Jharia, with localities like Rajmata Colony, Mishra Para, Poddar Para, Upper Kulhi, Fatehpur lane etc being the worst affected parts.

A host of factors, including regular leakages in over 50-year old water supply pipeline of civic body Jharkhand Mineral Area Development Authority (JMADA), malfunctioning motor pumps at Jamadoba based water treatment plant, allotment of huge number water connection without increasing the capacity for water supply are deemed to be responsible for the water crisis.

Talking to The Telegraph Online, Jitendra Modak, a resident of Rajmata Colony of Jharia said, “Tap water comes between 9 pm to 3 am during the night after every two-three days, compelling us to stay awake the entire night. Sometimes, when all family members fall asleep, we fail to acquire the water.”

“We have exchanged the phone numbers of each other within the locality to pass on information to one another during the night about the arrival of water in the tap,” said Modak, a BCCL employee, adding that they have written to the JMADA authorities several times without any improvement in the situation.

Echoing sentiments, Arjun Sahni, a neighbour of Modak in the Rajmata Colony said, “We used to get water twice during the day but the situation deteriorated since the last five years”.

Worst is the situation in Baniahir locality of Jharia where the people are compelled to bring water in buckets from an adjoining pond.

“Lots of students, working people, house makers have to wake up early in the morning to procure water for the family” said Prem Bachchan Das, a social worker of Baniahir locality of Jharia.

Manju Devi, a housewife of the same locality said, “My husband, who works at a construction site, leaves early in the morning. Consequently, I have to spend two hours every day to fetch water from the adjoining localities”

When contacted, Pankaj Kumar Jha, Sub Divisional Officer of Water Supply Division of JMADA, said, “We have taken several measures during the recent days to improve the water supply in Jharia but the night supply in water in some areas might be due to irregular power supply leading to delay in filling of water tanks. We will try to solve this problem as soon as possible.”