Host of new facilities ranging from yoga-cum-Zumba training centre, lawn tennis courts and cricketing alley have been introduced in its sports annexe 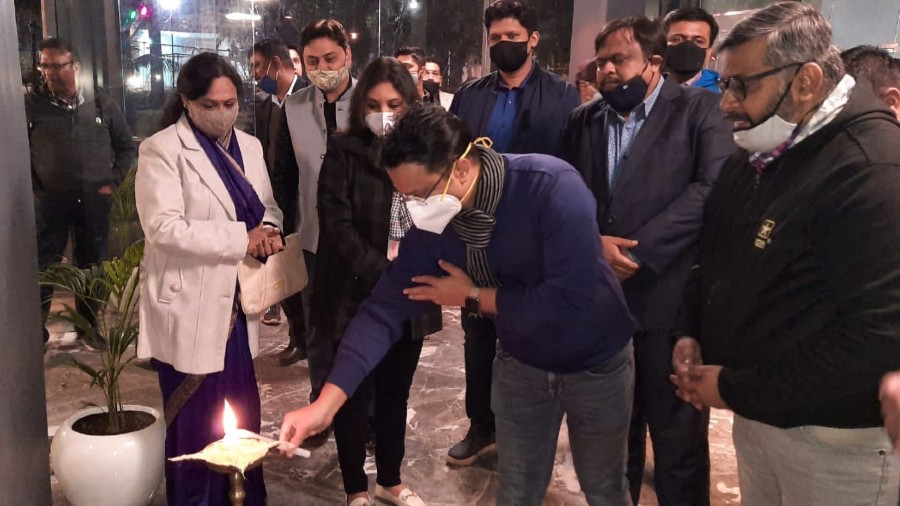 Coal city’s oldest club has donned a new avatar. Thanks to a slew of initiatives taken by its management, the Dhanbad Club, established way back in 1917, the club, now has several new facilities that will appeal to the young and sports enthusiasts.

Two lawn tennis courts of US open standard and a cricket alley comprising two cricket nets will also be inaugurated in the club. Later this month, the swimming pool of the club will also be upgraded.

Talking to the media during a press conference organised at the club auditorium, prior to the inauguration, Sanjeev Beotra, secretary of the club said, “We will not have any Christmas celebration on December 25, as we will usher in the New Year December 31 following government’s guidelines. The crowd will be smaller, keeping the safety of our members in mind, unlike the previous years.”

He added, “The club is open to our members so we have added a range of facilities including a lawn tennis arena comprising of two tennis Courts, a cricket alley comprising two nets, a squash court, etc.”

All the facilities are of the international standard, he maintained. “For the senior members of the club and others who won’t be using the gymnasium facility we have set up a yoga-cum-Zumba training center to help them keep fit. We will be hiring yoga and Zumba trainers who would be providing training from January 1 onwards” informed Beotra.