Not JAP-1, but Morabadi ground to host I-Day celebrations

No word on why the sudden U-turn, officials admit controlling crowd may be a challenge 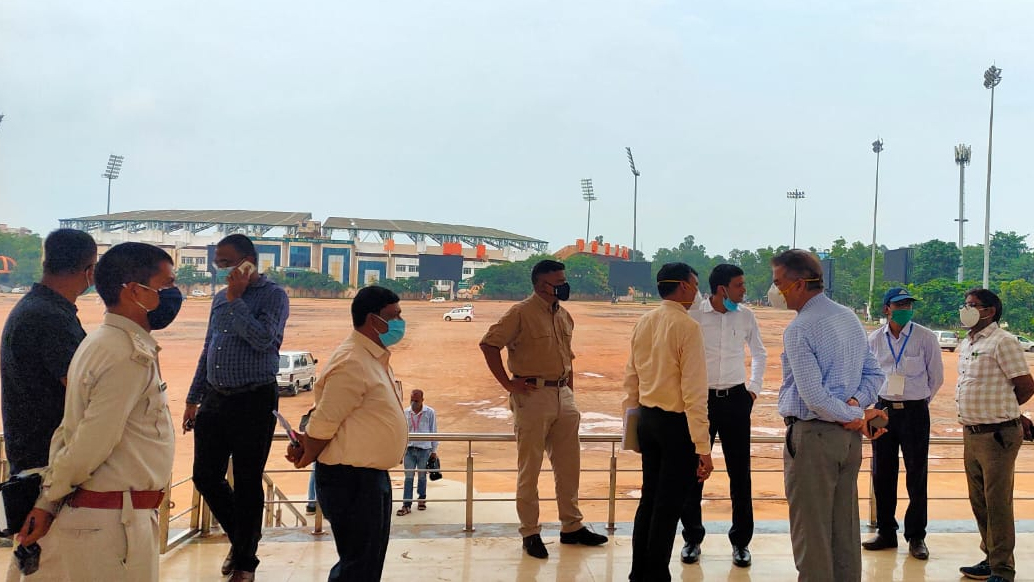 In a U-turn, top officials of Ranchi district administration on Saturday announced that the iconic Morabadi ground will host Independence Day programme this year, too, merely four days after finalising Jharkhand Armed Police-1 (JAP-1) ground as the venue in the wake of the ongoing Covid outbreak and lockdown curbs that mandate minimum gathering.

On Saturday afternoon, deputy commissioner Chhavi Ranjan with his team of officials and top brass of police inspected Morabadi ground to initiate preliminary works for the state-sponsored I-day programme.

Ranjan said that that the move to revisit Morabadi as I-day venue was taken by the state government even though the district administration had announced to hold the same in JAP-1 ground this year and began preparations.

He said, “Last night, we got a directive from state government about I-day programme at Morabadi ground itself. I am not aware what transpired but the state ceremony will now be held here. Today’s visit was a preparatory one to be ready for the programme.”

He conceded that hosting the ceremony here could be a challenge for crowd control but said they will be prepared to handle it. “We will be ready with a fool-proof plan to ensure social distancing at the venue and no entry without masks,” he said, adding that they are awaiting further directives from the state home department to know about the number of people to be invited for the programme.

The administration has planned to invite Covid warriors and those who defeated the virus as special guests for the occasion as a symbolic gesture to express gratitude towards such people to discourage any kind of stigma attached with the disease.