Albert Ekka Chowk on Main Road was the noisiest during the 2-hour window on Diwali, recording an average of 77.35 decibel 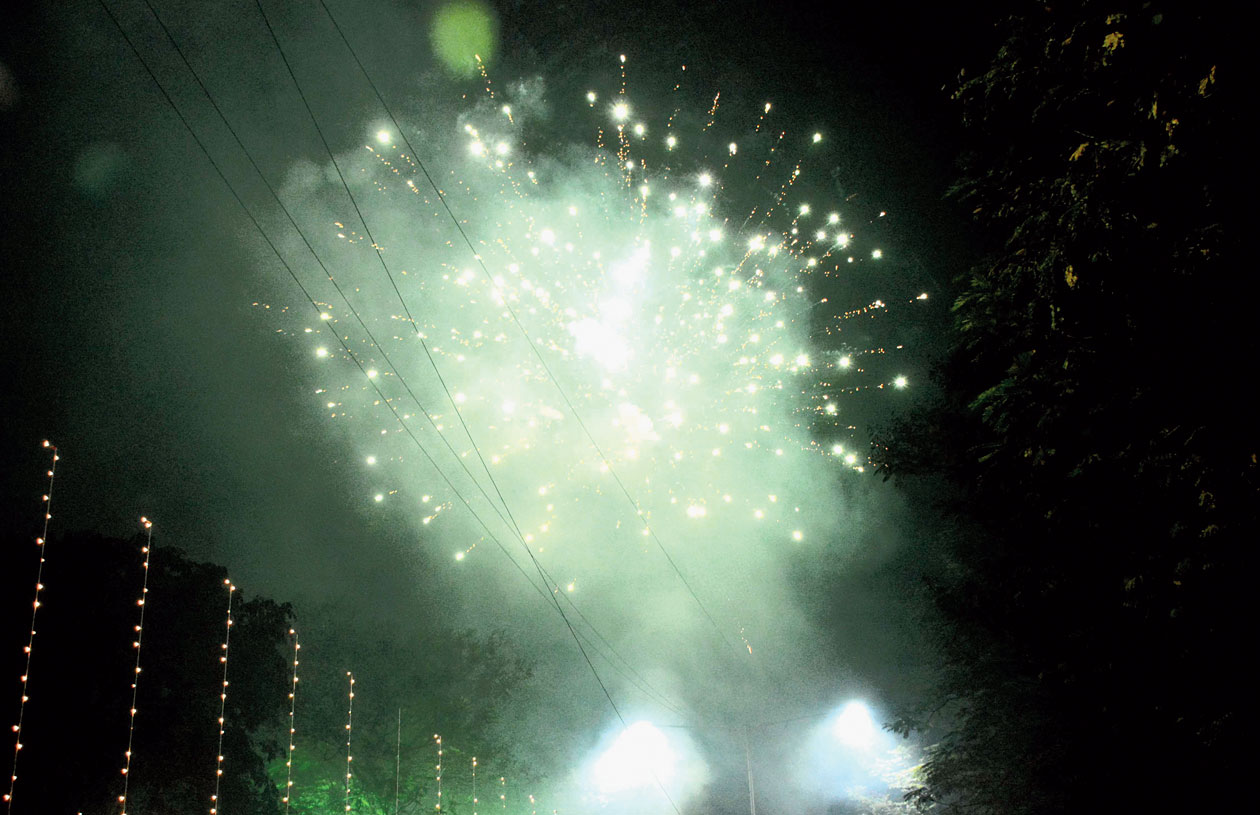 Diwali celebrations in the state capital and steel city crossed permissible noise levels this year in blatant violation of the order of the Supreme Court that had set a two-hour window for bursting crackers.

If the Central Pollution Control Board (CPCB) limits noise levels to 65 decibel during day and 55 decibel during night in commercial areas, both cities recorded levels way above these limits during the 8pm to 10pm window and also after 10pm as per the report of the Adityapur-based regional office of Jharkhand State Pollution Control Board (JSPCB) that had compiled noise data before Diwali (November 1) and on Diwali (November 7).

The report was released on Saturday evening.

In Ranchi, the commercial area of Albert Ekka Chowk on Main Road was the noisiest during the two-hour window on Diwali, recording an average of 77.35 decibel that was slightly better than 2017 when it registered 78.58 decibel. Noise levels rose after 10pm when the area registered 79.8 decibel and 77.6 decibel between 11pm and midnight.

But the commercial hub of Sakchi in Jamshedpur was the noisiest. Sakchi roundabout registered 82.1 decibel between 8pm and 10pm on Diwali night, 86.1 decibel after 10pm and 78.8 decibel between 11pm and midnight. The readings were better than last year, when it recorded 100.9 decibel.

“We collected decibel data from Sakchi and Bistupur as they are commercial areas, from new civil court in Bhuiyandih as it is a silence zone and from Indira Chowk (in Adityapur) as it is a residential area,” said JSPCB’s regional officer for Jamshedpur Suresh Paswan.

The residential area of Ashok Nagar in Ranchi clocked an average of 73.9 decibel during the window period against last year’s 64.62. It recorded 76.1 decibel after 10pm till 11pm and 74.3 decibel between 11pm and midnight.

The residential are of Indira Chowk in Adityapur recorded 74.05 decibel during the window period against 71 decibel last year, both readings way above the permissible limits of 55 decibel during day and 45 at night. The area clocked 81.4 decibel after 10pm till 11pm and 63.6 decibel between 11pm and midnight.

JSPCB member secretary Rajiv Lochan Bakshi hoped the decibel levels would decrease in the coming years. “We have seen noise pollution decreasing compared to previous years and with sustained awareness it will continue to decrease and come within permissible limits,” he said.