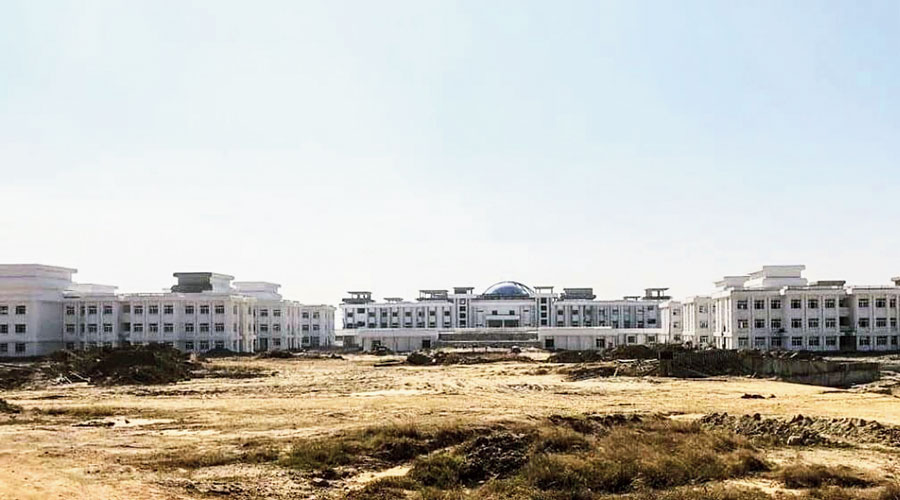 The cash-strapped Hemant Soren government has been burdened with the responsibility of paying a hefty fine of Rs 113 crore for the lapses made during the previous government run by his predecessor.

The eastern zonal bench of the National Green Tribunal (NGT) on Wednesday slapped a fine of Rs 66 crore for constructing the new high court building and Rs 47 crore for the new state Assembly building without obtaining the mandatory environment clearance certificates.

The Assembly building was inaugurated by Prime Minister Narendra Modi on September 12 last year (2019) that critics of the BJP felt was done by the then Das government in a hurry to grab the credit for doing it.

Saryu Roy, Jamshedpur East MLA and former food minister in Das government who fought the last Assembly election as an Independent when the BJP denied him a ticket and defeated Das in his own bastion, lost no time to inform it through a tweet.

Informing that a hefty fine was slapped for want of environment clearance,  Roy raised a question in his tweet on Wednesday, asking who would pay the fine —the contractors, the government officials (who were at fault) or the government exchequer made of taxpayers’ money.

“I just came to know about it but am yet to receive the NGT order,” chief minister Hemant Soren replied when Roy’s question was repeated to him in the evening that day, adding he would discuss it after going through the detailed judgment.

“I had even written a letter to the Prime Minister drawing his attention to the lapses that were being made not unknowingly,” Roy told The Telegraph when contacted on Thursday, adding a Delhi-based well known environmentalist R.K. Singh had moved the NGT on the matter.

“Glaring lapses and wilful violations are being made by the responsible office holders sitting at the helms in the government system... in the process of construction of Jharkhand state Assembly building and others as well,” Roy informed in his letter to the PM a few days after the latter had inaugurated the assembly building, adding it was required “to procure necessary environment clearance before starting construction of such buildings”.

Following Singh’s complaint, the state government had hurriedly applied to the State Environmental Impact Assessment Authority (SEIAA) that, in turn, issued clearance after imposing a fine of Rs 5.26 crore, Roy informed this paper.

“But SEIAA was not competent to do so,” he further said, adding the NGT went ahead with the complaint and finally imposed the fine.