Course on integrated programme in management begins at IIM Ranchi 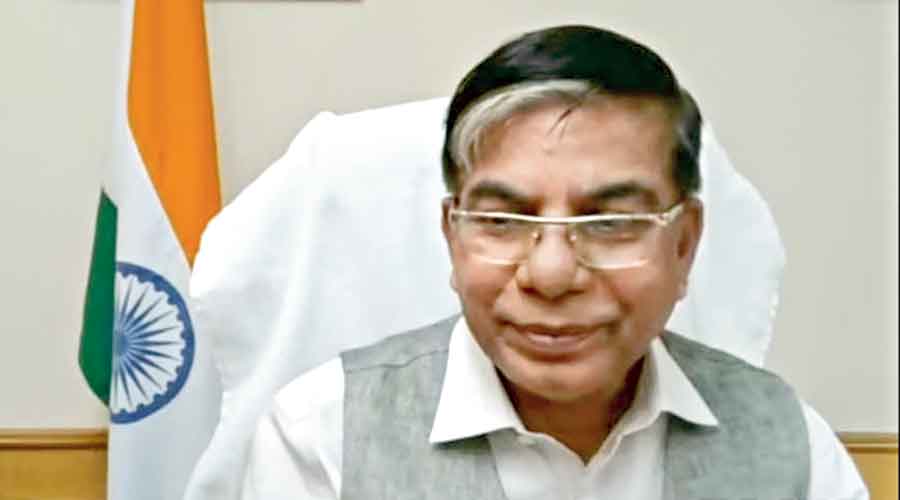 Union minister of state for education Subhas Sarkar at the introduction of a new integrated management course at IIM-R on Monday.
Picture by Manob Chowdhary
Achintya Ganguly   |   Ranchi   |   Published 19.10.21, 04:18 AM

A new course, integrated programme in management, began at the Indian Institute of Management, Ranchi, on Monday.

The IPM is a full time 5-year blended course for business studies from undergraduate to postgraduate level or an integrated BBA-MBA programme and the students will be given an MBA degree on successful completion of the course.

The first batch was inducted into the new programme at a function that was held in a hybrid mode and had Union minister of state for education Subhas Sarkar attended it as the chief guest.

While both minister Sarkar and the students attended it virtually, IIM-R director Shailendra Kumar Singh and the faculty members were physically present on the occasion.

“The IPM begins with 120 students in the first batch who were selected on the basis of their performances in the Scholastic Aptitude Test (SAT),” IIM-R director Singh informed, adding the institute that had begun in December 2009 with just 44 students enrolled in a single programme was now offering as many as seven attended by about a thousand students.

“The young minds of India are now leading the start-up scenario globally and I hope this course will create business leaders of tomorrow,” Sarkar said on the occasion, adding the students should aim at becoming job providers, not job seekers.

“The students should cultivate a culture of modern wizardry blended with traditional wisdom as that will help create innovative ideas which, in turn, will help solve complex problems,” he further said, adding that “a multi-disciplinary holistic education would work as a catalyst to promote peace and unity in our diverse society”.

“Never stop learning as the real journey begins at the end of your course,” Praveen Shankar Pandya, the chairman of IIM-R board of governors, advised the students, assuring they joined a very good institute whose national ranking improved from earlier 45th to the present 21st position within just a few years.

“Rest assured your children will be in good hands and you will never repent the investment you are making now,” IIM-R director Singh also assured the guardians.

The curriculum was deliberately prepared to balance cognitive development with cultural growth by engaging the students both within and outside the classroom, IIM-R had earlier said about the course,  adding the programme would comprehensively cover subjects related to various aspects of management studies.

The students who took admission this year were required to pay a course fee of Rs 14 lakh for the first three years of the programme while, for the rest two years, they will have to pay the same fee as would be payable by the MBA students that time, it had added.