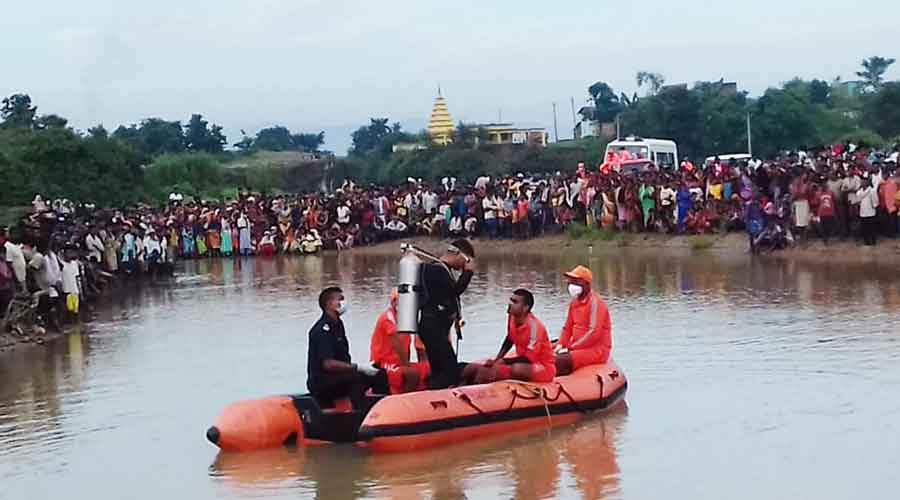 A 15-member NDRF team on Monday located the body of a college student who drowned in Shankdara river at Badal panchayat, Barkagaon block.

The team was called after local divers failed to find the body of Vicky who went to take a bath in the river but drowned. 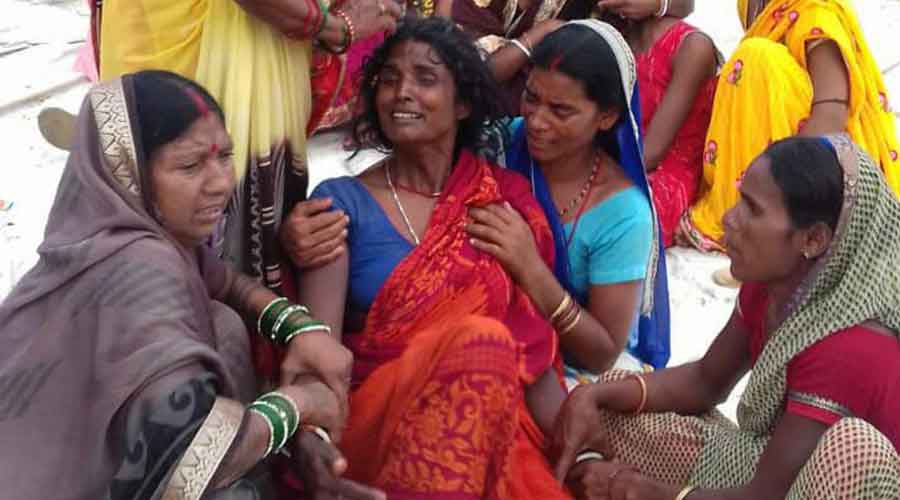 Mother of Vikas Kumar wails on the bank of a river in Hazaribagh on Monday.
Picture by Vishvendu Jaipuriar

Led by inspector Mohammad Kalamuddin, the NDRF team started the search operation at around 7am on Monday. At around 10:30am the body was discovered.

Barkagaon police sent the body for postmortem to Hazaribagh medical college and hospital.

Members of Indian National Trade Union Congress on Monday staged demonstration in different collieries of BCCL in Dhanbad by beating utensils to protest against the commercial mining and alleged attempt by central government  to bring changes in labour laws.

National vice president of INTUC, Ak Jha said," more than 90000 workers of Coal India will have to suffer  due to wrong policies of the central government. "

Traders of under the Federation of Dhanbad Zila Chamber of Commerce and Industry had a meeting with district administration led by Sub Divisional Officer Surendra Prasad during which they discussed a host of issues including the negative impact on trade due to strict implementation of 14 days of quarantine for business related visitors.

The traders led by the president of Federation of Dhanbad Zila Chamber of Commerce and Industry, Chetan Goenka also discussed other issues including the participation of shop keepers in the Rapid Antigen Test for Covid 19 conducted by the district administration.

Talking to media after the meeting, Goenka said, “As we are facing difficulty in transport of goods from other states due to the 14 days of quarantine rule for the outsiders in state including  the business visitors we demanded the district the district administration to exempt such visitors from quarantine rule who return to the respective place within three days of their arrival in Jharkhand and SDO assured to discuss the issue with the Deputy Commissioner, Uma Shankar Singh to find out a solution”

President of Bank More Chamber of Commerce Prabhat Surolia who was also present during the occasion, said, “many traders of Dhanbad regularly visit Ranigang and Asansol as some of them have shops and commercial establishments there and if they are compelled to go on quarantine for 14 days after return of each visit of Bengal they will be not able to carry out trade and thus we raise the issue witht he SDO who assured to look into our demand for relaxation of rules for regular visitors” said Surolia and added that the 14 days of quarantine rule is also negatively impacting the hotel industry in Dhanbad as  the no visitor from the  outside the district is preferring to visit Dhanbad.

“The SDO assured us that no shopkeepers will be forced for Covid testing but sought our cooperation for special Rapid Antigen Test which is quite crucial for breaking the Covid chain in the district” said Surolia and the added that he SDO also instructed the shop keepers not to indulge in any encroachment of Dhanbad Municipal Corporation shop failing which strict action would be taken against the violators. 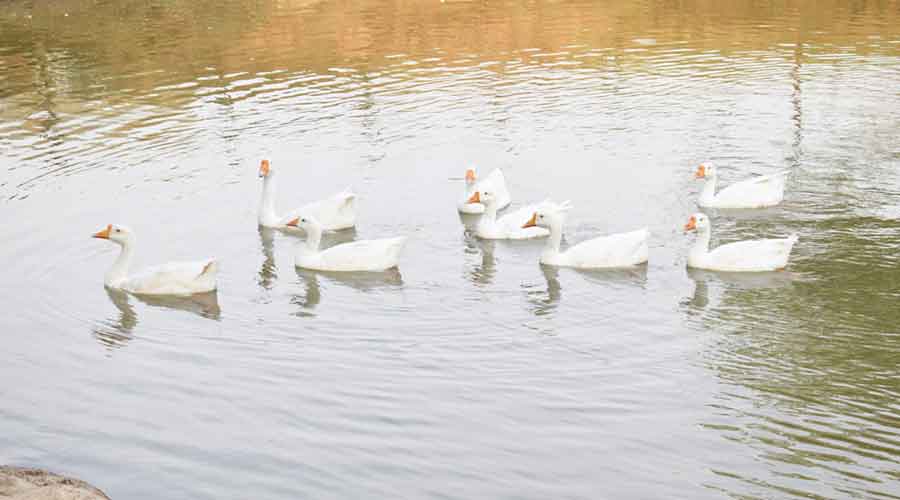 The ducks spend their night in a fortified shed protected with wire mesh to keep cats and dogs at bay.
Telegraph picture

Ducks are a great source of recreation to the 134 battalion of the CRPF here in Daltonganj.

The water fowls serve as a great stress buster to the jawans and officials.

Commandant of the 134 battalion of the CRPF A.D. Sharma said the ducks are like family members.

"Our jawans who have been incapacitated in our fight against the rebels look after the ducks" said the Commandant.

Leftovers of our mess become the feed of our ducks he added.

The water body in this CRPF base camp never goes dry even in the harshest of the summer said sources.

The ducks spend their night in a fortified shed protected with wire mesh to keep cats and dogs at bay.