Advertisement
Home / Jharkhand / NCC cadets pedal for a cause

NCC cadets pedal for a cause

'The purpose of the expedition was to develop a spirit of adventure, sportsmanship and camaraderie among the cadets' 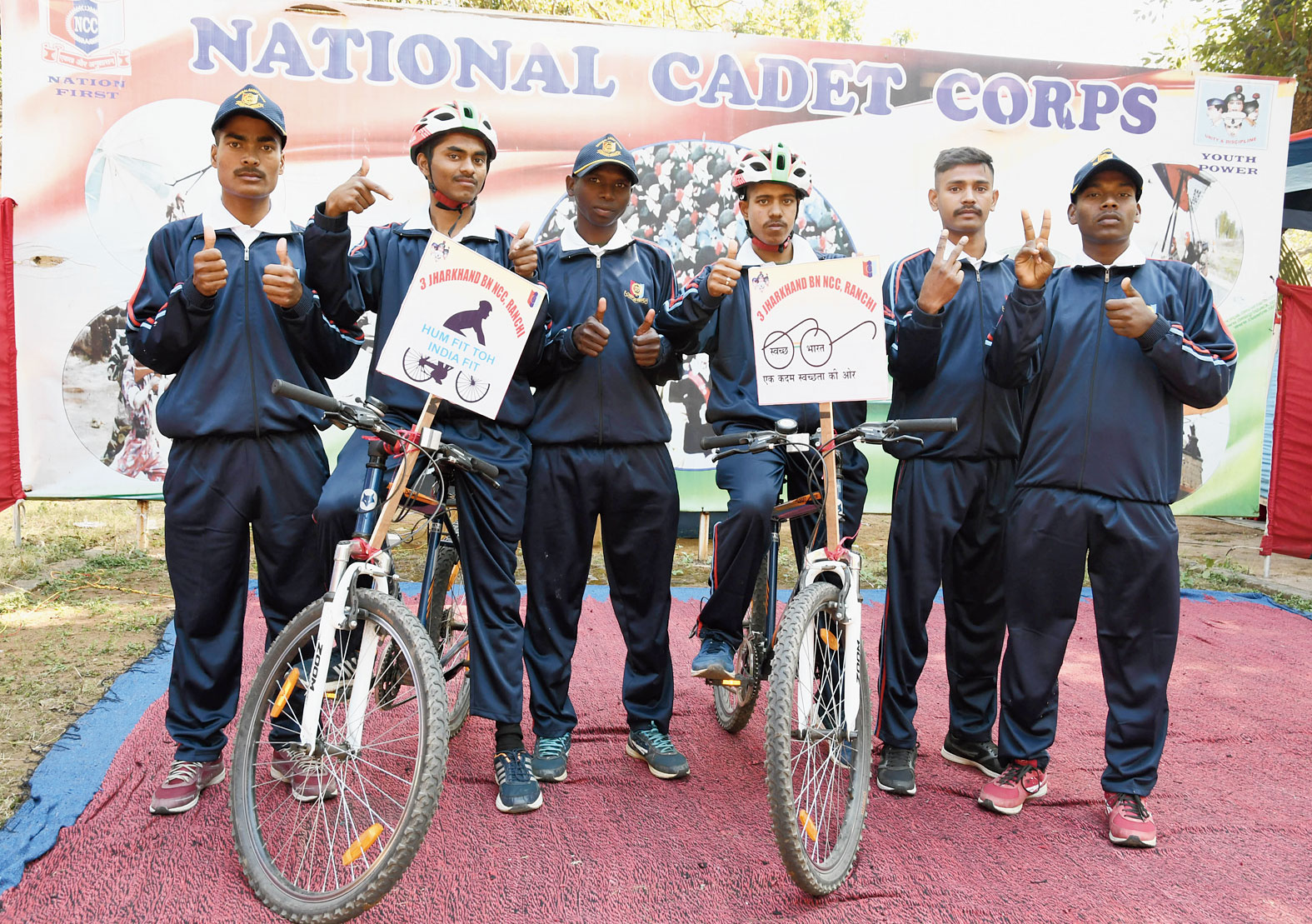 The 3rd Jharkhand NCC battalion cadets after completing the expedition in Ranchi on Tuesday.
Picture by Prashant Mitra
The Telegraph   |   Ranchi   |   Published 31.12.19, 06:56 PM

Pedalling 4,700km, National Cadet Corps (NCC) cadets created an awareness on women’s education, cleanliness and why the youth must say no to drugs.

The the concluding ceremony of Bihar Jharkhand Relay Bicycle Expedition, organised by 3rd Jharkhand NCC Battalion at Army Ground in Morabadi on Tuesday, was a recap of the tour.

The expedition, flagged off from Shyama Prasad Mukherjee University, Ranchi, on November 24 on the initiative of Bihar Jharkhand directorate of NCC, ended on Tuesday.

“During the expedition, cadets of Ranchi and Hazaribagh showed their interest in adventure and commitment for achieving goals by pedalling in odd weather conditions and on difficult terrains,” NCC group commander Brigadier S.K. Prasad said.

Brigadier Prasad added that the purpose of the trip was to develop a spirit of adventure, sportsmanship and camaraderie among the cadets. “The cadets spread the message of Beti Bachao Beti Padhao among people and warned youths against drugs,” Prasad said.