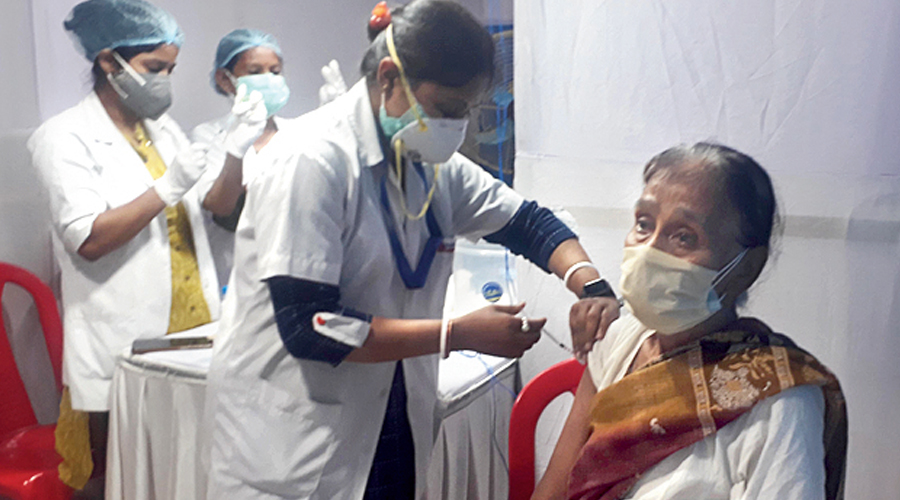 The mucormycosis tally in Jharkhand reached the 100-mark on Thursday after two suspected patients were diagnosed with the fungal infection, figures released by the health department highlighted.

As per figures compiled by the Integrated Disease Surveillance Programme (IDSP), East Singhbhum and Giridih reported one each of the two confirmed cases, which took the tally to 22 in East Singhbhum and six in Giridih. So far, the state has reported 100 confirmed and 58 suspected cases of black fungus, and 30 patients have died.

The vaccination campaign against Covid-19 failed to gain pace on Thursday despite fresh supplies of vaccines from the Centre. Provisional data released by the National Health Mission (NHM) highlighted that the state managed to vaccinate hardly 40,000 residents on the day.

Meanwhile, the active caseload of Covid-19 dropped further down to 336 as at least 62 Covid patients recovered on Thursday while 54 fresh cases of coronavirus infection surfaced in the state, the health department stated in its daily Covid-19 bulletin.

The state did not report fresh Covid casualties and the toll in the state remained 5120. Ranchi, as per government data, has reported 1585 Covid deaths, the highest among the districts. On the other hand, as many as 1040 residents have died of the viral infection in East Singhbhum.