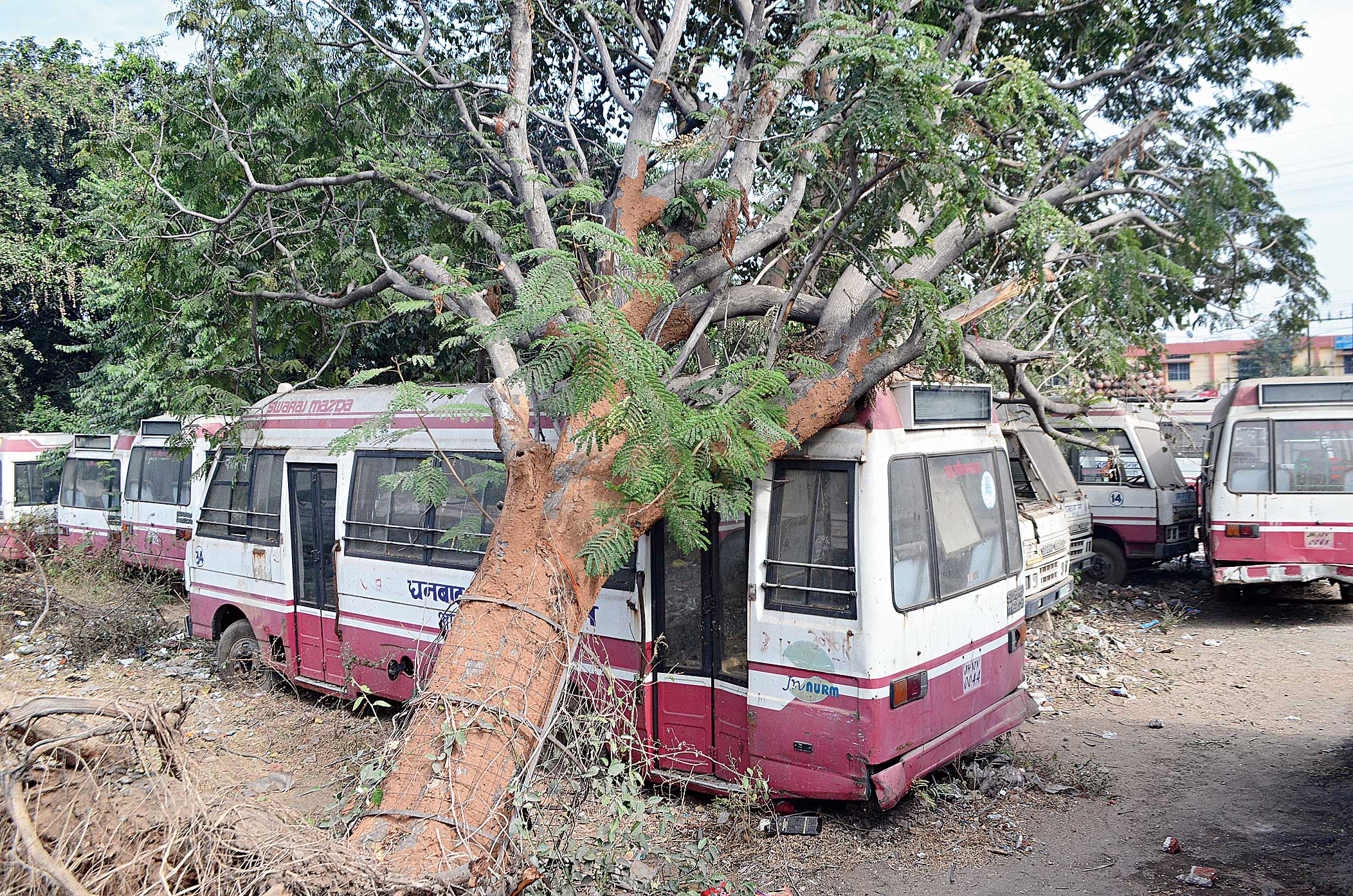 The municipal corporation will repair 50 grounded city buses and reintroduce them on Dhanbad roads in a phased manner.

Currently, only 11 out of the 70 city buses ply on Dhanbad-Katras Road.

Initially, five buses will be repaired by an authorised dealer of Swaraj Mazda at Asansol and are likely to be sent back to Dhanbad for relaunch by New Year.

Depending on the success, more buses will be repaired and the service will be launched in a full-fledged manner.

Divulging more details, mayor Chandrashekhar Agarwal said, “Though we are already running around 11 out of the 70 buses on Dhanbad-Katras Road, we are planning to launch 50 more in a phased manner. If need be, we will engage private operators to operate the buses by issuing a tender.”

Municipal commissioner Chandramohan Kashyap said some buses were beyond repair. “We will repair only those buses that will be cheaper to fix,” they said.

City bus services were launched in Dhanbad on August 9, 2010 by the state urban development department under JNNURM’s millennium city project with 24 vehicles on a pilot project basis with Jharkhand Tourism Development Authority as the operator.

Gradually the number of buses were increased to 70, but a host of problems like repeated strikes by drivers and conductors protesting against delayed salary payments, non-deposit of provident funds, expiry of bus permits, poor maintenance of buses leading to recurrent technical snags and frequent disputes with traffic police over bus stops led to suspension of operations.

On September, 15, 2014, JTDC withdrew operation of the buses in accordance with a state government order.

Since then, several attempts have been made to repair and operate the fleet stationed at Bartand, beginning with October 14, 2014, by engaging private operators. But, none of those initiatives took off.

Asansol-based firm Nippon Motor Sales and Service was selected to repair the buses, but contract fell through as the firm did not agree to a clause related to the maintenance of the vehicles 2015.

Owing to the undue delay, Dhanbad Municipal Corporation finally repaired all 70 buses, using a local mechanic, Khwajja Abbas, at a cost of around Rs 15 lakh.

The corporation also allowed him to run the buses on an ad hoc arrangement from November 15, 2015 till such time a private agency was appointed. The arrangement with Abbas was terminated after DMC chief executive officer Chavi Ranjan issued a notice inviting proposals from private parties.