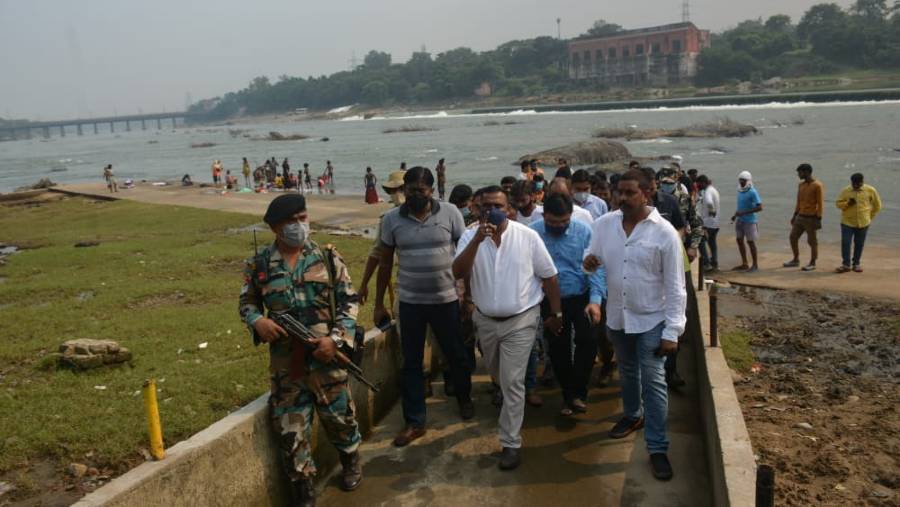 The steel city is getting ready for Chhath, the biggest festival of Jharkhand and neighbouring Bihar which will be celebrated on November 10 and 11 this year.

Local legislator and state health minister Banna Gupta on Monday inspected the Subernarekha Ghat in Sakchi, the biggest river ghat which draws the maximum number of Chhath vratis during the two- day festival.

Gupta is understood to have asked civic body authorities to ensure proper cleanliness of the ghat so that the festival could be celebrated smoothly.

All the major ghats in and around steel city, including Subernarekha Ghat at Sakchi, Kapali in Mango, Domuhani in Sonari, Pandey in Bhuiyandih, Bhuiyandih ghat, Sati in Sonari, Substation ghat at Kadma, Bodhanwala in Bistupur and Baroda ghat at Bagbera, draw thousands of devotees during Chhath.

The minister asked the civic body authorities to clean and level the ghats by the first week of November.

Apart from cleanliness of river ghats streetlights and halogen lights would be set up on river banks for the convenience of the devotees.

Chhath would also be celebrated at the premises of the sprawling Surya Mandir at Sidhgora, which has two artificial ponds.

On Monday, a cleanliness drive was undertaken at an artificial pond (popularly known as C2) in ISWP township close to Telco, where people celebrate Chhath every year.

A company official supervising the cleaning operation said that the drive was undertaken following a directive from the East Singhbhum district administration.