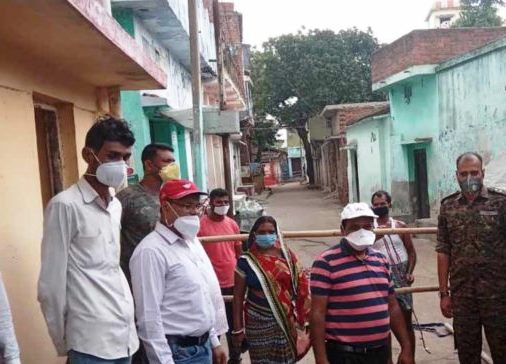 The family members of a migrant worker who jumped institutional quarantine to meet his family at Saram in Jharkhand after his arrival from Mumbai, have been quarantined after he tested positive.

Five hours after the 29-year-old man reached his house after escaping from the roof of the quarantine centre, his test reports were found to be positive.

He arrived from Mumbai, where he worked at Leelavati Hospital, by train on May 26, and was sent to a quarantine centre in Phusro.

His report on Wednesday declared him asymptomatic and Covid-19 positive.

The district health department team took him from his residence and admitted him to the Covid-19 ward of Bokaro General Hospital (BGH).

The family has been quarantined in the district quarantine centre of Gomia till their swab sample reports come.

An officer said, “When the report came positive and the health department team went to Phusro Kaushal Vikas Kendra, the designated quarantine centre of administration in Bermo sub-division, to shift him, they realised he was missing. The security guard and other persons confirmed that he escaped a few hours ago the same day.”

Civil surgeon, Bokaro, Dr A.K. Pathak said, “Local administrative officers and the health team, after getting his report, rushed to his house and brought him to the hospital. Seven of his family members, including parents, brother and sister-in-laws, were sent to quarantine centres in Gomia. The person had spent time with them.”

He added, “It was very unfortunate that person lost his patience and escaped to meet his family members. He has now put them all at risk.”

The locality in Saram has been sealed.

The district administration has asked the officers to strengthen security in quarantine centres to avoid such incidents in the future.